The moment of the explosion was fixed by a camera installed outside the café. 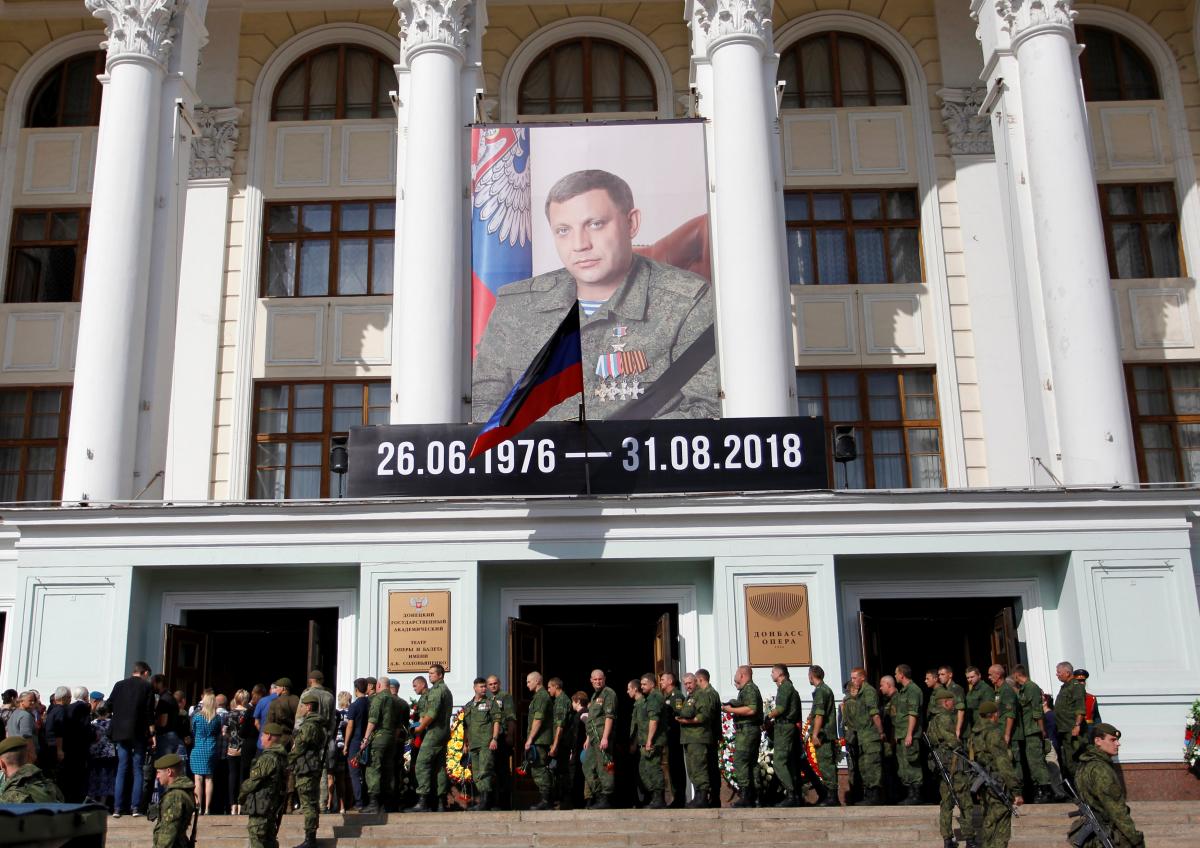 Russia-1, a state-owned Russian television channel, has aired videos of from CCTV security cameras reportedly installed outside and inside the Separ café in the Russian-occupied city of Donetsk where leader of the self-proclaimed "Donetsk People's Republic" ("DPR") Alexander Zakharchenko was killed in a blast on August 31, 2018.

The video posted on the channel's YouTube page is footage from external and internal CCTV security cameras that was recorded a few minutes before the explosion in the café which the "DPR" leader entered accompanied by his guards.

Prior to the incident, the video shows several SUVs driving up to the Separ café's building. Zakharchenko was in one of the cars. Accompanied by the guards, he was heading for the entrance to the cafe. One of the guards entered first to check the premises.

The footage recorded inside the premises shows the doors being opened to let Zakharchenko in right before the explosion.

The moment of the explosion was fixed by a camera installed outside the café.

If you see a spelling error on our site, select it and press Ctrl+Enter
Tags:explosionvideoDonetskZakharchenko