The Ukrainian Joint Forces hit the positions of Russian occupation troops near Verkhniotoretske as a response to enemy provocations. 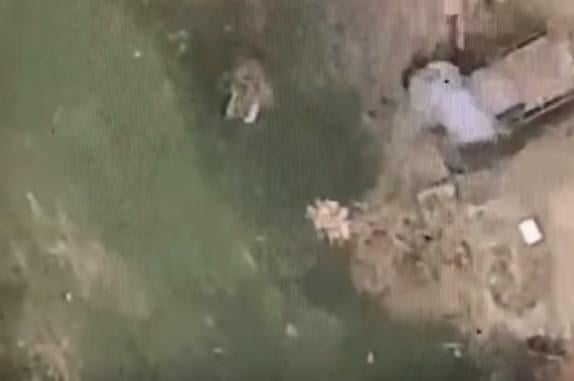 Officer of the Armed Forces of Ukraine, Anatoliy "Shtirlitz" Shtefan posted on a social network a video of an UAV strike on the firing positions of occupation forces in Donbas.

The attack was carried out near Verkhniotoretske.

“Restless [militants] every day provoke calm Joint Forces. After several provocations, once again our Joint Forces in the area of Verkhniotoretske flew over on a visit to the [militants'] strongpoint to sting them a little bit and make a badaboom," the officer wrote in a description to the video.

"They were a bit calmed down – both their equipment and militants who didn't make it to dugouts," he wrote. "Believe your Joint Forces – they have a sedative and they constantly employ it.”

If you see a spelling error on our site, select it and press Ctrl+Enter
Tags:warDonbasvideoUAVairstrikeconflicthostilitiesjointforcesJFO