The parties also discussed security issues for members of the OSCE SMM to Ukraine. 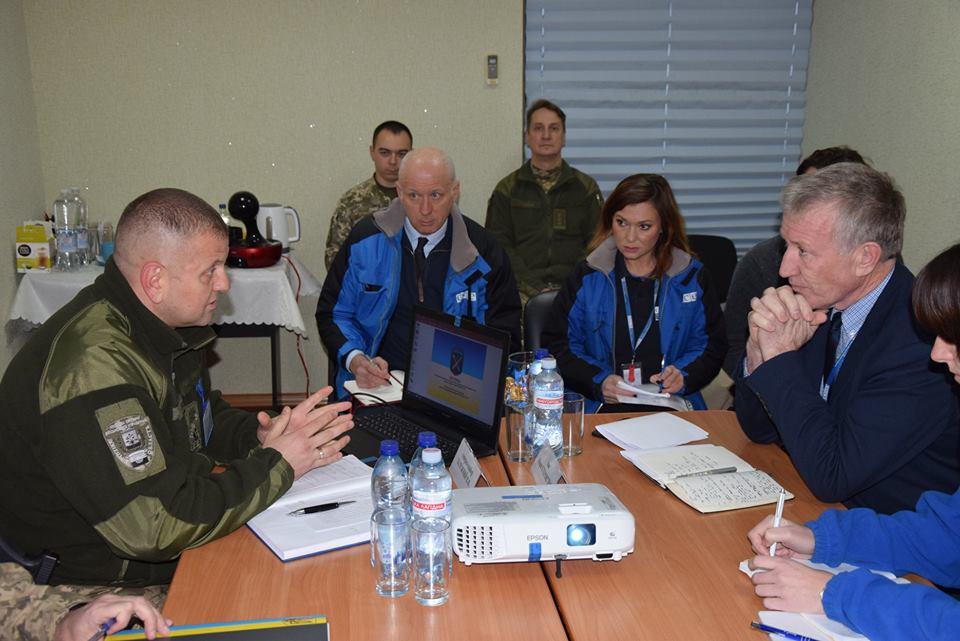 Photo from the JFO's press center

During the conversation, Zaluzhnyi briefed the OSCE official on the security situation in Donbas.

"The parties also discussed security issues for members of the OSCE SMM. In particular, the acting commander of the JFO noted the Ukrainian side, within its authority, will continue to assist the Mission in creating proper conditions for fulfilling their duties," the JFO HQ said.

If you see a spelling error on our site, select it and press Ctrl+Enter
Tags:DonbasOSCEvisitcommanddeputychiefJFO