Poroshenko: Martial law to be in effect until Dec 26

The martial law regime officially came into effect on November 26. 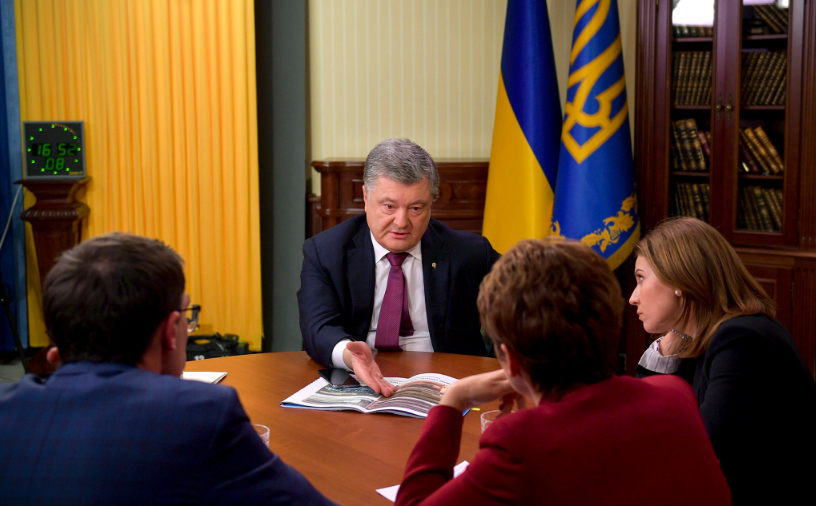 Ukrainian President Petro Poroshenko says that martial law in 10 regions of Ukraine will be in effect until December 26.

"The law, which enacted the presidential decree [on martial law], foresees 30 days. Under the law, it shall expire on December 26," he told Ukrainian TV channels in an interview, an UNIAN correspondent said.

Read alsoPoroshenko: Martial law throughout Ukraine to be imposed only in case of Russian ground military aggression

"A different date was mentioned in my video address [on the day when the decision on the introduction of martial law was made], and now it is November 26, so the martial law regime came into effect on the 26," he explained why different dates were earlier mentioned.

As UNIAN reported earlier, the Verkhovna Rada on November 26 enacted a presidential decree on imposing martial law in a number of regions of Ukraine for 30 days. The law determines that martial law shall be in effect in Vinnytsia, Luhansk, Mykolaiv, Odesa, Sumy, Kharkiv, Chernihiv, Donetsk, Zaporizhia, Kherson regions and in the internal waters of Ukraine's Azov-Kerch water area.

Ukraine decided to introduce martial law after Russia had captured two Ukrainian artillery boats and a tugboat near the Kerch Strait in the Black Sea on November 25.

If you see a spelling error on our site, select it and press Ctrl+Enter
Tags:martiallawPresident Poroshenko