This is just one of those bases near the Ukrainian border. 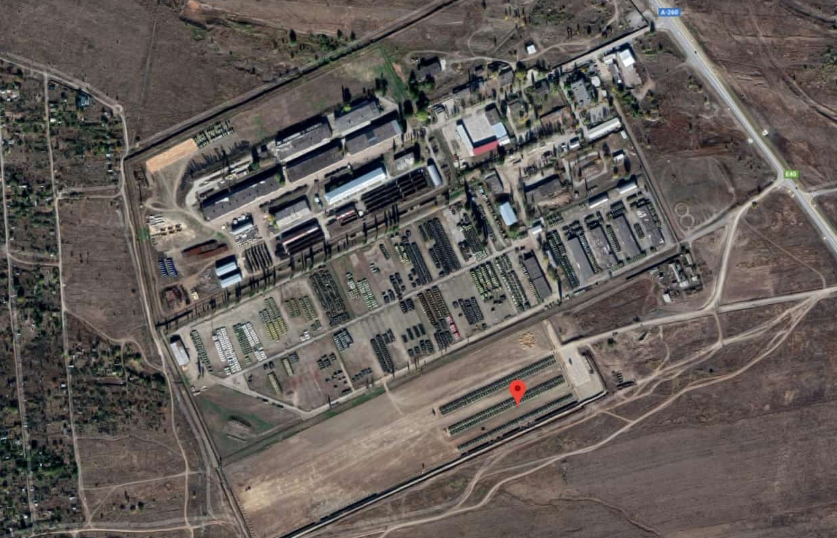 Satellite imagery from Google Earth taken in November shows hundreds of Russian main battle tanks at a new military base on the outskirts of Kamensk-Shakhtinsky in Russia's Rostov Oblast.

The large-scale military base only 18 kilometers away from the border with eastern Ukraine's Russian-occupied territory.

"Those who do not believe that the Russian Federation has been massing tanks near our border could use Google [Maps – a web mapping service developed by Google] for assistance. Open [Google] Maps and enter the coordinates: 48.271754, 40.262984. Switch Google Maps to the Satellite view and see it by yourself. Hundreds of units of various military equipment. And this is just one of those bases near our border," he wrote on Facebook on December 9.

Reuters earlier quoted Chief of the General Staff of Ukraine's Armed Forces Gen. Viktor Muzhenko as saying that Russia had been ramping up its forces near the border with Ukraine since August 2018, posing the greatest military threat since 2014. Muzhenko gestured to a series of satellite images, which he said showed the presence of Russian T-62 M tanks stationed 18 km (11 miles) from the Ukrainian border. They had more than doubled to 250 from 93 machines within the space of two weeks from mid-September to October 1.

Ukrainian Defense Minister Stepan Poltorak in turn did not rule out full-scale Russian aggression against Ukraine. According to him, Russia has amassed almost 100,000 troops on the border with Ukraine.

As UNIAN reported earlier, a drone of the OSCE Special Monitoring Mission (SMM) to Ukraine spotted over 60 tanks in non-government-controlled areas of Donbas early in December 2018.

If you see a spelling error on our site, select it and press Ctrl+Enter
Tags:RussianAggressionMBT