A group of Russian specialists in the field of chemical warfare agents and toxic substances arrived in the occupied Donbas in the middle of December, according to intelligence data. 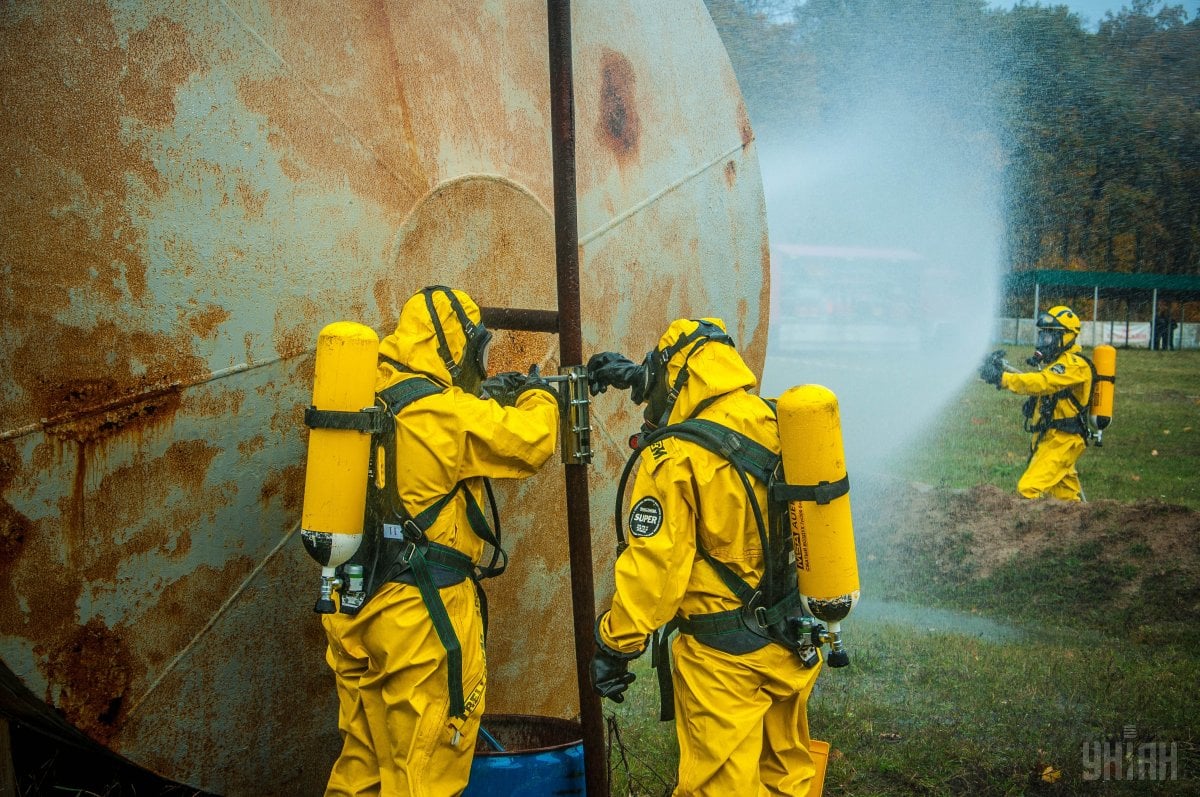 Representative of the Main Intelligence Directorate of the Ministry of Defense of Ukraine Vadym Skibitsky says Russia is plotting a terrorist act in the occupied Donbas with the use of toxic substances.

"Ukraine's military intelligence is observing a number of intelligence indicators that clearly show Russia is plotting a terrorist act with the use of chemically hazardous toxic substances, which will further be covered by Russian propagandists as an employment of 'chemical weapons' against residents in the occupied Donbas by the Ukrainian troops. Russia's security forces are counting on a significant number of civilian casualties," he told a briefing on December 29.

Moreover, the intelligence directorate established that a group of Russian specialists in the field of chemical warfare agents and toxic substances arrived in the occupied Donbas in the middle of December.

According to the intelligence official, the occupation authorities are already conducting an influence operation in the occupied territories to convince local residents that Ukraine is plotting a chemical attack on civilians.

"In order to create public opinion favorable to it, Moscow has been conducting a large-scale information campaign for more than a month on accusing Ukraine of hidden preparation for such actions. The Main Intelligence Directorate states that Russia conducted a similar influence operation on the eve of simulation of chemical attack near Aleppo in Syria on November 24 this year to justify further air strikes against Syrian opposition forces," Skibitsky stressed.

As UNIAN reported earlier, on the first day of the New Year truce, starting midnight December 29, Russia-backed militants opened fire from grenade launchers on the Ukrainian positions near the village of Zalizne in the Horlivka direction.