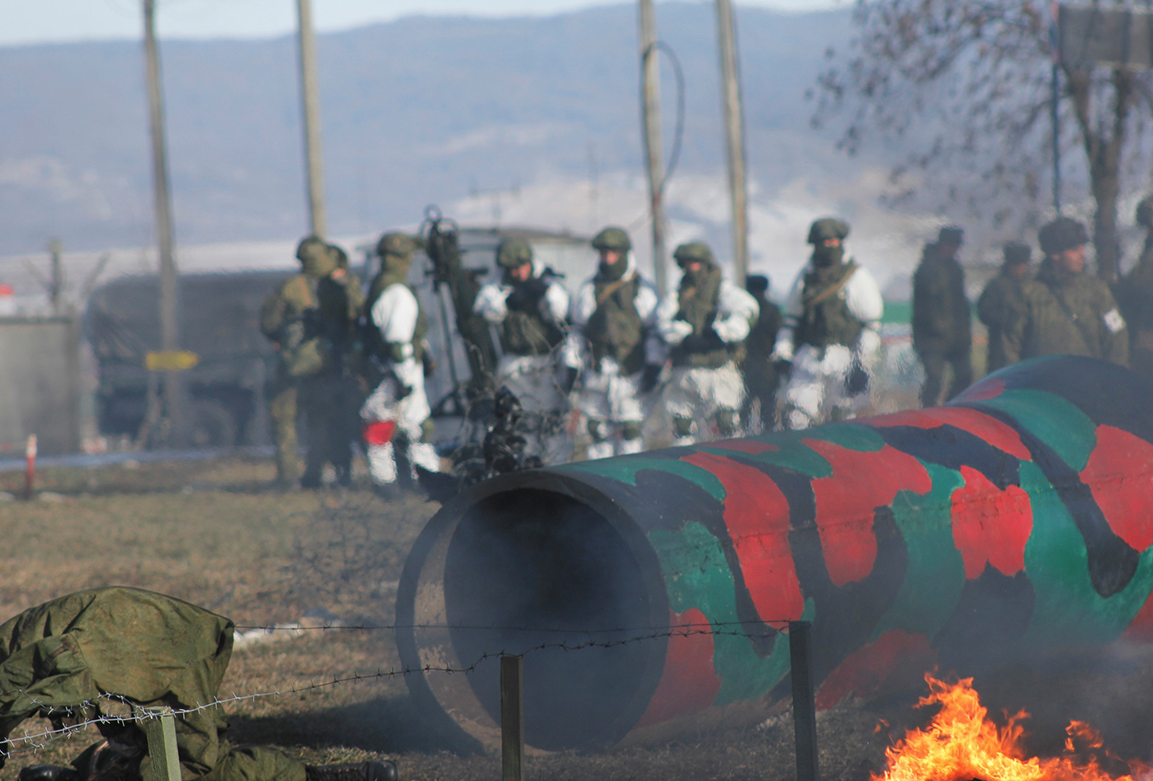 Photo from the Russian Defense Ministry

Speaker for the Ministry of Defense of Ukraine Oleksiy Chernobay has said Russia deployed at least 28 battalion tactical groups near the Ukrainian border.

"At least 28 battalion tactical groups are in readiness for immediate use on the border with our state. They are 100% staffed by contract servicemen and equipped with modern (modernized) weapons and military hardware," he told UNIAN about Russia's military presence along the border with Ukraine.

"Their number can be increased in a short time due to the operational transfer of battalion tactical groups from other military districts," Chernobay added.

As UNIAN reported earlier, Chernobay said the Russian Federation had deployed 12 Iskander nuclear-capable ballistic missile launchers at a distance of 250 km from the border of Ukraine.

If you see a spelling error on our site, select it and press Ctrl+Enter
Tags:RussiaUkraineborderdefenseministry