She has closely been cooperating with the Ukrainian counterintelligence service lately. 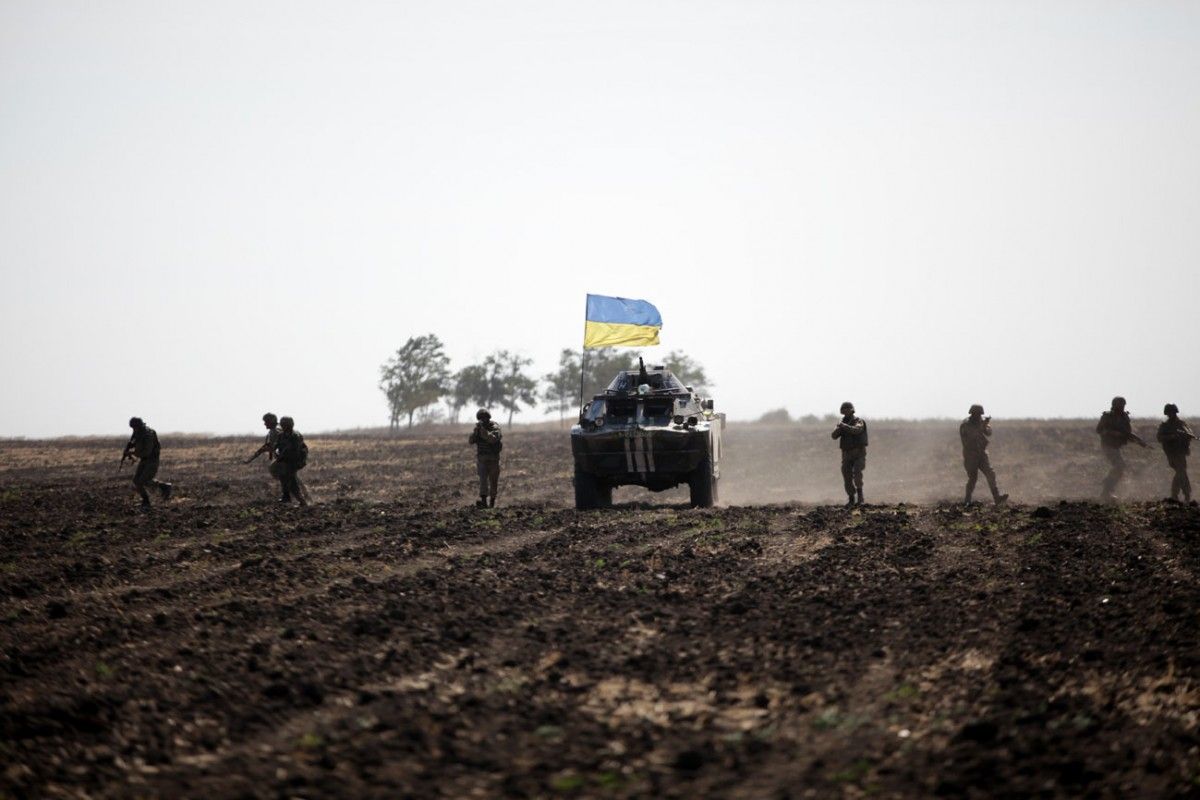 The starring character of the first would-be blockbuster produced in the self-proclaimed "Donetsk People's Republic" ("DPR") for the money given by the Kremlin – "Opolchenochka" ("Militia Woman") – has defected from the quasi-republic to Ukraine and is even ready to testify in the International Criminal Court in The Hague about all war crimes committed by Russia in Ukraine's east.

"She was supposed to be an icon of 'Novorossiya' ('New Russia'): a meteoric military career – from a first-aid nurse to a regiment's commanding officer, a notorious tank commander," the TSN.Tyzhden TV program said in an exclusive report on Sunday evening.

The premiere is scheduled for May 9, on Victory Day, but the leading actress no longer resides in the "DPR." Despite the high-ranking military post, career, money and honors – the woman made up her mind to move to Ukraine. "To join those who her character is fighting so aggressively in the hostile blockbuster," the report said.

A trailer to promote "Opolchenochka" sponsored by Russian propagandists and produced by a Russian film director is advertised in Russia-occupied territories as the first blockbuster of the quasi-republics – the "DPR" and the other one, the "Luhansk People's Republic" ("LPR").

The plot is not sophisticated – three women create a tank crew under the flag of 'Novorossiya' and defeat savage "ukrys" [a derogatory word for a Ukrainian widely used by pro-Russian forces in Donbas]. The tank commander's nom de guerre is "Veterok" ("Breeze," "Spirit"). Her real name is Svitlana Dryuk. A local resident of Donetsk. The trailer features videos of her real life.

The woman's excellent memory and hard work quickly helped her climb the career ladder in the divisions of Russian-led mercenaries. She held senior positions in a division during an attack on the town of Debaltseve. She served in the "Cheburashka" battalion and was member of the notorious "Nine" – a group that attacked the village of Shyrokyne. The top of her career is the command of the "11th Regiment," the most combat-ready unit of Russia-led forces.

"I'm told: 'You were fighting, killing people.' Yes, in 2014, I became chief of staff of a division. I'm not seeking an excuse for myself, it was just such a period, and I was fulfilling what I was told," Svitlana said.

But her personal motive made her completely change her life and join the Ukrainian side: "I have here, I hope, a friend who is much closer to me. He is a member of the special service [of Ukraine]. And the attitude of all the [Ukrainian] agents who are currently involved in my life is very different from what I saw there [in Russia-occupied Donbas]. I do not regret," she said.

She has closely been cooperating with the Ukrainian counterintelligence service lately. Ukrainian agents helped her and her two children of majority age to get across the contact line in Donbas.

She also brought materials that prove the Russians' war crimes and their plans to further invade Ukraine.

Her documents have evidence that the newest Russian military hardware is being smuggled through the Russian-Ukraine border sector, not controlled by the Ukrainian government.

The T-72B3, dubbed "Ghost," a unique Russian-made main battle tank, which is modified to the level of the T-90 model, was tested in Donbas and the Russians kept that in strict secrecy. It was Captain of the Armed Forces of the Russian Federation Yuriy Prilutsky who smuggled the tank from Russia to occupied Donbas. He will soon be promoted to the rank of major. He will be very surprised to learn that his "Ghost" and seven other non-modified T-72 tanks were blown up by Ukrainian guerrillas near the town of Torez shortly before Svitlana's escape. "The eight tanks that exploded simultaneously was quite a shock to the invaders," the report said.

The Russians wanted to know who had blown up such a unique tank and sent a new commander to Svitlana's regiment. Aleksey Bernhard is an exemplary Russian officer. He took part in the annexation of Crimea in March 2014, fought to capture the Ukrainian town of Debaltseve (the battle of Debaltseve in January-February 2015 where Ukrainian forces took heavy casualties).

De jure, he commands the 810th Marine Brigade in Russia-occupied Sevastopol. De facto, he is a commander of the 11th regiment of Russian mercenaries in Donbas, using the fictitious surname "Tarasov." Svitlana was his deputy.

"Svitlana is ready to testify in the International Criminal Court in The Hague against him and thirty more career officers sent by Russia to kill Ukrainians," the report said.

Svitlana's high-ranking post gave her access to a secret algorithm, according to which the Russian army is going to further invade the Ukrainian territory. "If the Kremlin gives a signal, the invasion will look like this: each military unit of the so-called 'DPR' and the 'LPR' has a personnel recruitment center with prepared cover identification documents for each Russian soldier who will be brought under the guise of 'mobilization of locals.' Three Russian regiments will be deployed on the basis of each 'DPR' regiment within a few hours. It will be about 100,000 Russian soldiers for the entire Donbas," the report said.

"And all the Russians are listed as locals. One regiment will be upscaled to three regiments: if there are two thousand people in the regiment, then six thousand Russians will arrive," the woman explains.

"Already now one can identify each of tens of thousands of Russian soldiers who are preparing to occupy Ukraine. Svitlana says she will testify about this in the International Criminal Court. And even more – she is ready to return to the front in the event of aggression to fight alongside the Ukrainian army," the report said.

If you see a spelling error on our site, select it and press Ctrl+Enter
Tags:DPRRussianAggressionPutinAtWarfilmspecialservicesDonbasWar