Presumably, he was killed by a sniper. 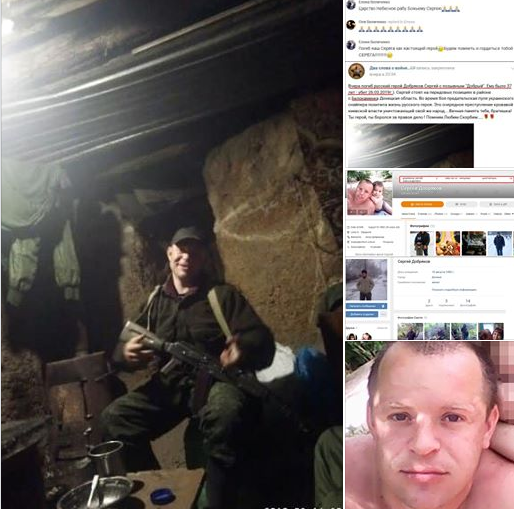 Another member of the Russian-led forces in Donbas, eastern Ukraine, Serhiy Dobriakov aka Dobriy, was eliminated on March 26.

"On March 26, 2019, another member of the Russian-led forces, Serhiy Dobriakov aka Dobriy from the town of Khartsyzk, joined the notorious '[Cargo] 200 Brigade' near the village of Bila Kamianka. Presumably, he was killed by a sniper. Everything will be Ukraine and victory will be ours!" officer of the 53rd separate mechanized brigade of the Armed Forces of Ukraine Anatoliy Shtefan wrote on Facebook.

As UNIAN reported earlier, on March 28, Russian occupation troops seven times opened fire at the positions of Ukraine's Joint Forces in Donbas, including four times with the use of 120mm and 82mm mortars that are proscribed by the Minsk agreements.