The enemy's irreplaceable and sanitary losses are being specified. 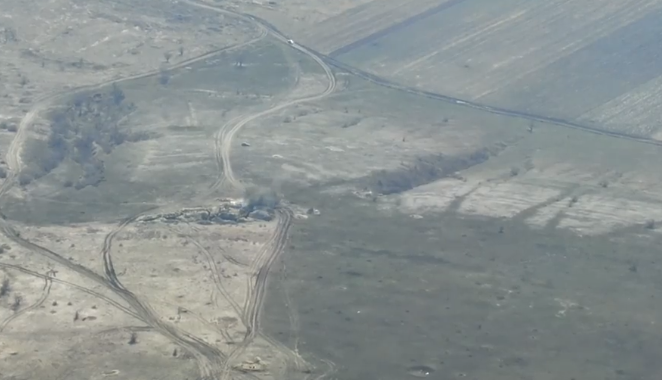 Officer of the 53rd separate mechanized brigade of the Armed Forces of Ukraine Anatoliy Shtefan says two dugouts made by Russian-led forces in Donbas, eastern Ukraine, have been destroyed.

"As a result of an adequate response to provocative attacks, the Joint Forces hit the enemy's positions. Two enemy dugouts were destroyed and one piece of military hardware was damaged as a result of skillful actions of the defenders. The enemy's irreplaceable and sanitary losses are being specified," the officer said in captions of the video posted on Facebook.

As UNIAN reported earlier, Andriy Shor, a mine clearance specialist and a Ukrainian serviceman who participated in battles for Donetsk Airport and the village of Pisky, said the Armed Forces of Ukraine had reportedly crossed the border of the Russian-occupied town of Horlivka in Donetsk region.

If you see a spelling error on our site, select it and press Ctrl+Enter
Tags:DonbasRussianAggressionenemypositionsUkraineArmydestructionjointforces