20:57, 27 May 2019
War
10178 0
Newly appointed Chief of the General Staff and Commander-in-Chief of the Armed Forces Lieutenant-General Ruslan Khomchak was also present. 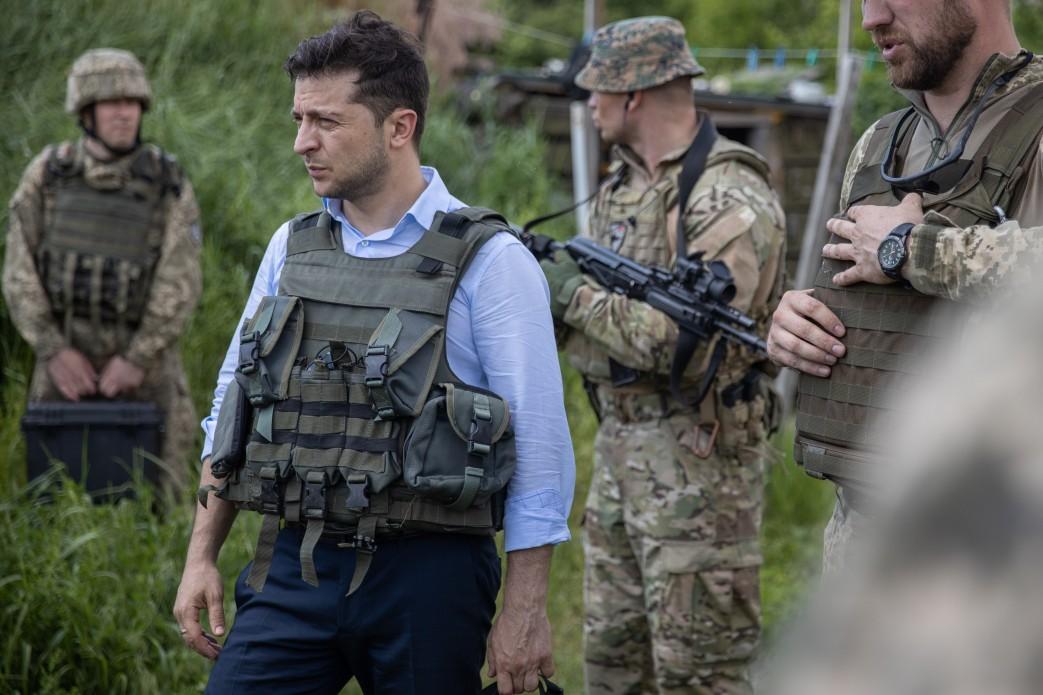 New Ukrainian President Volodymyr Zelensky has paid his first working visit to Donbas, eastern Ukraine, during which he inspected Ukrainian army positions in the village of Stanytsia Luhanska and the town of Schastia, both in Luhansk region.

"In Stanytsia Luhanska, the president visited the front line positions, in particular an observation post and dugouts. The enemy's nearest position is 400 meters away," it said.

Newly appointed Chief of the General Staff and Commander-in-Chief of the Armed Forces Lieutenant-General Ruslan Khomchak was also present.

If you see a spelling error on our site, select it and press Ctrl+Enter
Tags: #Donbas#Luhansk#PresidentZelensky
Latest news