On eight occasions, Ukrainian military were forced to return fire, without applying artillery and mortars, not to endanger lives of civilians, whose homes the enemy uses as a shield. 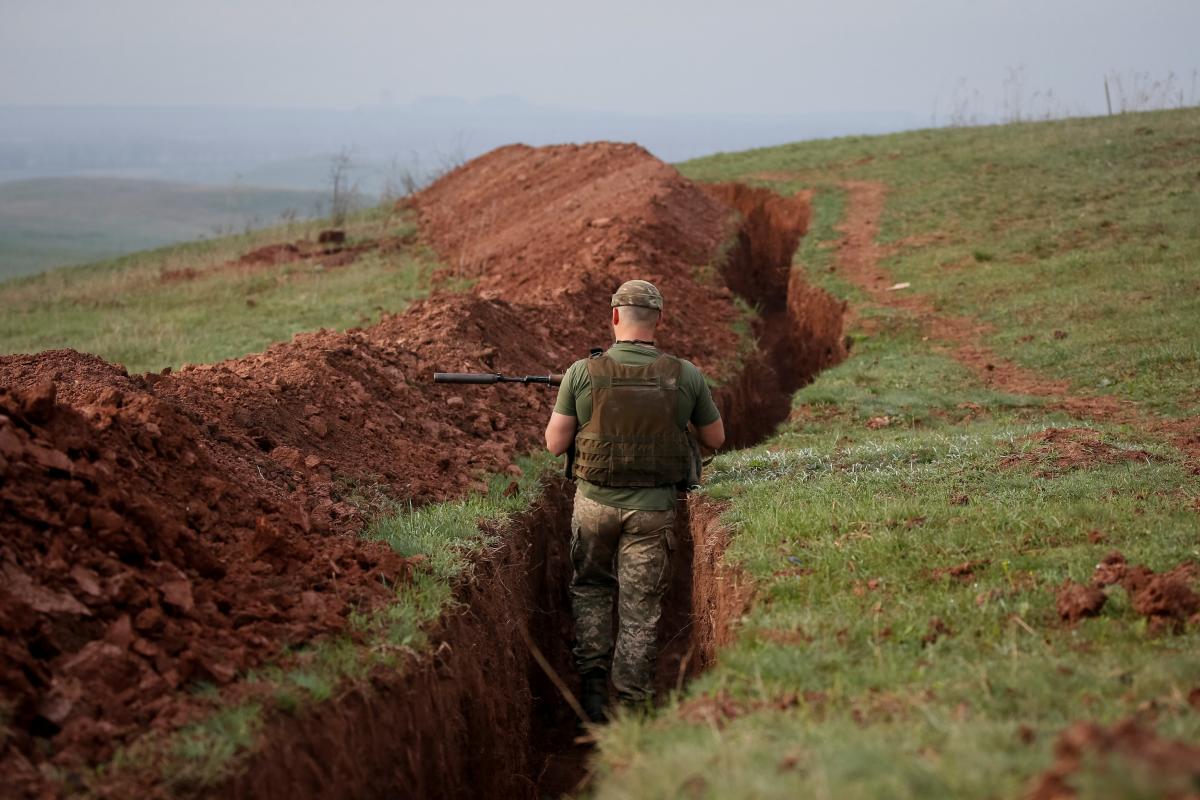 From day-start on Sunday, June 9, Ukrainian government troops recorded eleven violations of the earlier established ceasefire by the Russian occupation forces, said a spokesman for the Ministry of Defense of Ukraine, Colonel Oleksandr Motuzianyk.

“As of now, unfortunately, the enemy continues shelling the positions of the Joint Forces, once again using weapons proscribed by the Minsk agreements… As of 12:00, 11 facts of violation of the established ceasefire by the Russian occupation forces have already been recorded in the operation area," Motuzianyk told journalists, according to an UNIAN correspondent.

According to the defense official, defensive positions near Novoluhanske, Novo-oleksandrivka and Zaitseve in Luhansk direction came under enemy fire overnight. There, the enemy fired from 82 mm and 120 mm mortars, weapons installed on infantry fighting vehicles, as well as other infantry weapons.

On the Donetsk line, Sunday began with enemy shelling in the area of ​​Verkhniotoretske, Pavlopil, Vodiane, and Hnutove, where Russian-occupation troops fired from the same types of weapons, also using mounted antitank grenade launchers.

"As of 12:00, JFO HQ recorded 58 enemy shots from mortars of banned calibers. I should note that the Joint Forces' troops carry out active defensive actions and deliver a tough rebuff to the enemy. Thus, eight times since the beginning of this period, our defenders were forced to open fire to suppress the enemy’s efforts," Motuzyanik stressed, adding that the Ukrainian defenders refrained from using artillery and mortars not to endanger civilians, whose homes the enemy uses as shields, opening fire from there.

"As of now, the situation is completely controlled by units of the Armed Forces and other formations of the Joint Forces. I  should note that no combat losses were recorded in the ranks of the Ukrainian troops from day-start," said Motuzianyk.

As UNIAN reported earlier, over the past day, June 8, Russian armed forces in the east of Ukraine violated the ceasefire 22 times, engaging Ukrainian troops from artillery and tanks. One Ukrainian soldier was injured, the report says.

If you see a spelling error on our site, select it and press Ctrl+Enter
Tags:RussiawarDonbasRussianAggressionceasefireconflictviolationshostilitiesjointforcesJFO