A high precision hit was a result of an effective drone spotting. 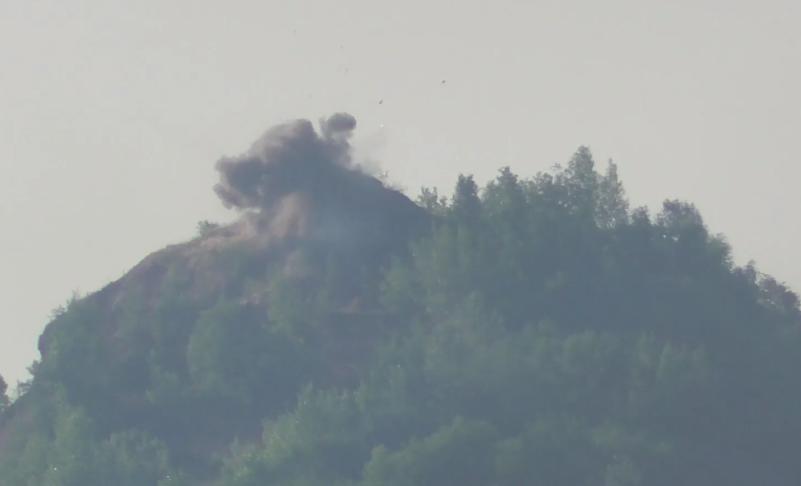 "That's for our medics," Mysiagin wrote on Facebook on July 3, having uploaded a relevant video.

This refers to the ATGM hit by Russian-backed forces of a medical evacuation vehicle of Ukraine's Joint Forces, which was set to transport a wounded soldier from the frontline near the village of Vodiane in Donetsk region.

According to the volunteer, Ukrainian soldiers flew a drone over a spoil heap where the invaders' positions were located. The UAV hovered "almost over the enemies' heads."

As UNIAN reported earlier, Russia-led forced fired an anti-tank guided missile at a medevac Humvee of Ukraine's Joint Forces at about 10:50 local time on July 1.

One soldier was killed on the spot and another two were injured in the attack. One of them, a military doctor, later died of injuries and burns sustained.

If you see a spelling error on our site, select it and press Ctrl+Enter
Tags:RussiawarDonbasRussianAggressionstrikeJFO