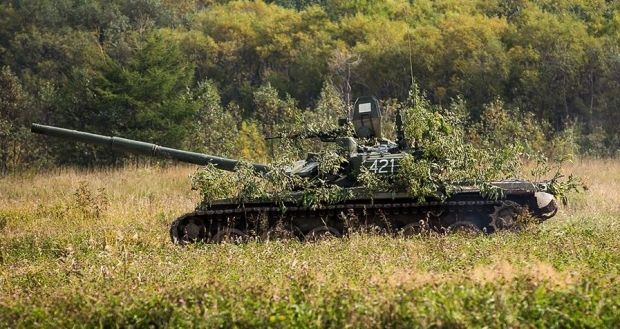 Observers with the Organization for Security and Cooperation in Europe’s Special Monitoring Mission say they have again documented the deployment by the Russian invaders of banned heavy weapons, including howitzers, anti-tank guns, Grad MLR systems, and tanks, beyond the designated withdrawal lines in Donbas.

According to an SMM's spot report published on the OSCE website, the Mission continued to monitor arms withdrawal stipulated by the Minsk Memorandum, as well as a set of measures to implement the Minsk agreements and an addendum on the withdrawal of tanks with weapons of over 100mm caliber.

On Aug 13, a mini-UAV discovered two anti-tank guns (MT-12 Rapira, 100mm) near the railway station in the village of Debaltseve (58km north-east of Donetsk).

Also on Aug 14, a long-range SMM UAV spotted seven tanks (of an unidentified type) entering a training ground near Kruhlyk.