The Ukrainian president says that Europe will always be exposed to danger while Russia continues violating international law. 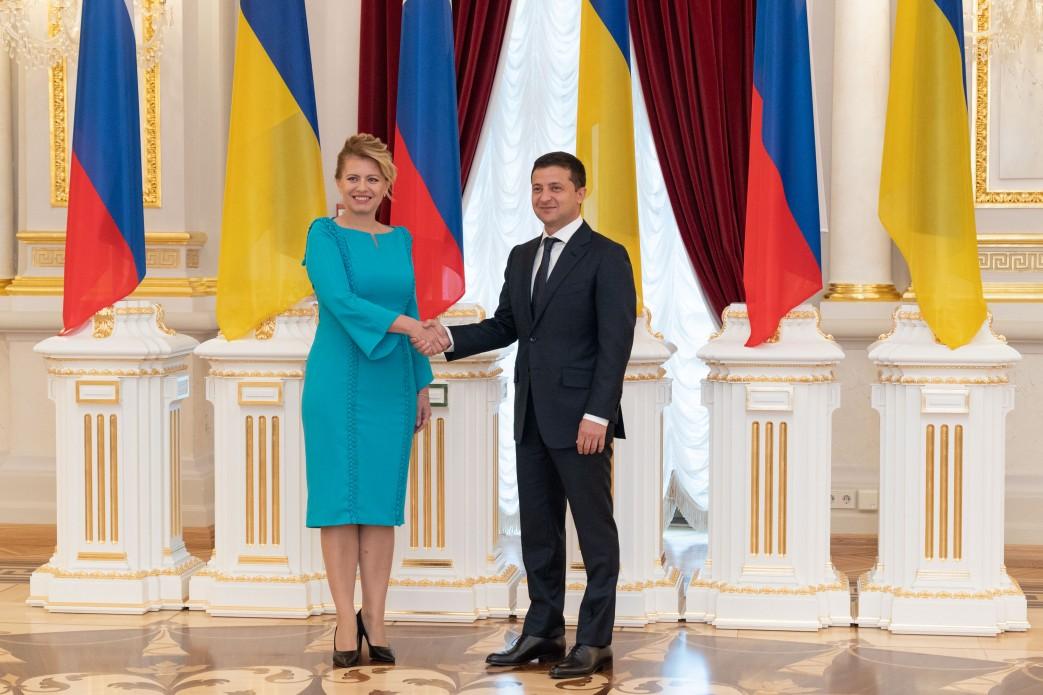 President Zelensky meets with his Slovak counterpart Caputova in Kyiv / Photo from president.gov.ua

Ukrainian President Volodymyr Zelensky says that peace in Donbas and the end of the Russian occupation in all Ukrainian territories are his main mission as the head of state.

"The end of the war and the de-occupation of all Ukrainian territories is my main mission as the president of Ukraine, and we really count on your support – the diplomatic and sanction-based pressure of all our partners, including Slovakia," Zelensky said at a joint press conference with President of the Slovak Republic Zuzana Čaputová in Kyiv on September 16, according to an UNIAN correspondent.

Read alsoZelensky on elections in Donbas: Only after Russia withdraws troops

"I am deeply touched as Ms Čaputová calls the return of peace to Ukraine as her personal goal," he added.

The Ukrainian president says that Europe will always be exposed to danger while Russia continues violating international law.

"This is necessary not only for Ukraine. The whole Europe, which will always be in danger while the Russian Federation ignores international law, needs this," he said.

"A full and permanent ceasefire, the final withdrawal of forces in the area of Stanytsia Luhanska, which should be properly verified by the OSCE, will become the first significant steps on the path to peace," he said.

Zelensky expressed the hope that Slovakia, which is the OSCE's Chair this year, will continue raising the question of "the complete withdrawal of the occupation forces and the return of the temporarily occupied territories under Ukrainian control."