Secretary of the National Security and Defense Council Oleksandr Turchynov says that the Russian leaders are trying to derail the peace process and are interested in overthrowing Ukraine's pro-European authorities. 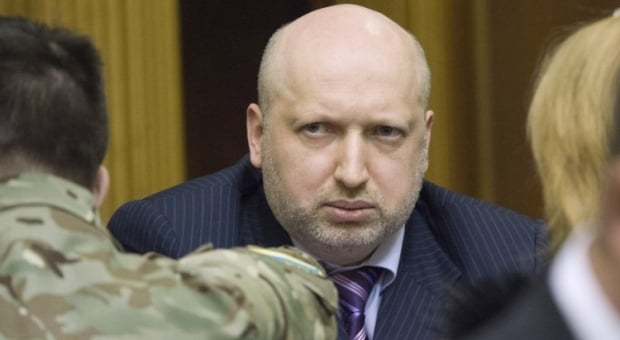 Turchynov said this on the air of Channel 5, an UNIAN correspondent reported.

"When we speak about building the line of defense, we need to be aware that the Russian army, the Russian military and political chiefs are doing everything to derail the peace process. They are not interested in a peaceful settlement of the situation in Donetsk region, because it's them who have been orchestrating this crisis, having created conditions for the occupation of the region," Turchynov said.

According to him, "their task is not to let our country join the European Union and NATO, their goal is to destabilize the situation in the country and overthrow the country's actually pro-European leadership, introducing chaos and restoring puppet political regimes, which could again make the country fall in the hands of the Russian Federation, as it was under [ousted Ukrainian president Viktor] Yanukovych."

"We're well aware of the fact that they can resume hostilities at any time, and we must be prepared for this," Turchynov said, explaining why Ukraine should be ready to intensively build fortification facilities.