The OSCE Special Monitoring Mission to Ukraine (SMM) has announced that pro-Russian militants did not let its monitors get to the eastern part of the village of Shyrokyne in Volnovakha district in Donetsk region on Thursday. 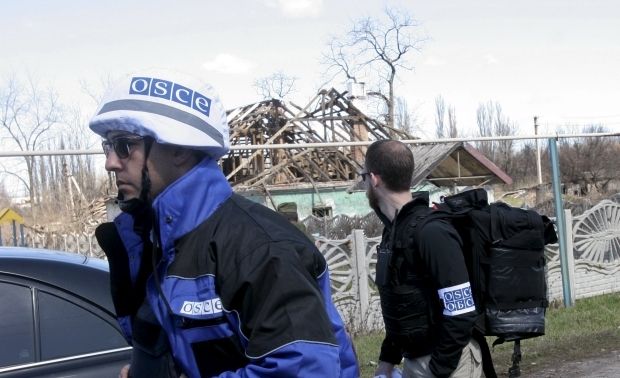 "Today SMM has been prevented by the so-called "DPR" from freely accessing the eastern part of ‪#‎Shyrokyne," the OSCE SMM to Ukraine wrote on Facebook on Thursday evening.

"The "DPR" has also abused SMM's presence to redeploy and rotate," the mission reported.

In this connection, Deputy Chief Monitor of the OSCE SMM to Ukraine Alexander Hug said that such action is "unacceptable interference with the mandate of the SMM and represents an intolerable exploitation of SMM's presence and role in Shyrokyne".