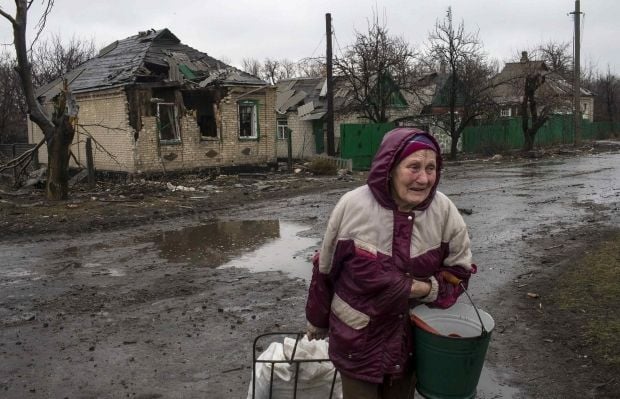 "On April 29, the situation in the ATO zone in Donetsk and Luhansk regions remained tense. From midnight to 1800 Kyiv time [on Wednesday] illegal armed formations shelled the positions of the Ukrainian troops 24 times, using mainly mortars and small arms," the press center said.

Pro-Russian militants opened fire from 120mm-caliber mortars on Ukrainian troops not far from the village of Pisky five times and near the villages of Shyrokyne and Opytne, and the town of Avdiyivka one time each.

The militants also used 120mm-caliber mortars to shell the town of Artemove where 11 houses were destroyed by mortar shells.

The enemy in Luhansk region opened fire from automatic grenade launchers, sniper rifles and a bazooka on the positions of the ATO forces in the villages of Triokhizbenka and Sokilnyky.

Over the period under review, the enemy was actively conducting aerial reconnaissance: three drones were seen flying not far from the villages of Stanytsia Luhanska and Proyizhdzhe in Luhansk region and the village of Ledynske in Donetsk region. Two of them were downed.