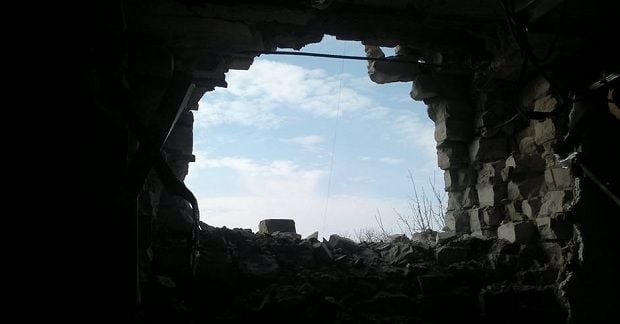 Though the Mariupol sector has seen a certain decrease in armed attacks by pro-Russian illegal units, the village of Shyrokyne has been shelled by militants from tanks and heavy-caliber weapons and mortars.

"The situation in the ATO zone remains tense. Pro-Russian militants don't stop their attacks even during the holidays, intensifying shelling from weapons banned under the Minsk agreements," he said.

In the Donetsk sector, the area around the destroyed Donetsk airport, in particular, the villages of Pisky and Vodiane, and the town of Avdiyivka, and the districts around the town of Horlivka remain the hottest spot in the Donbas war, Lysenko said.

"What is more, two local residents were wounded when militants were shelling the Artemivsk district, one more was wounded in the town of Dzerzhynsk. This has once again proven that the militants violate the truce, disregarding the life of local residents," Lysenko said.

In the Luhansk sector, terrorists were most active near the villages of Sokilnyky and Novotoshkivske, and the town of Schastia. In particular, they used a 152mm-caliber artillery system to fire near Sokilnyky.

In the early hours of May 9, ATO reports said that there were no deaths among Ukrainian soldiers, four servicemen were wounded.