It says there are several dozen such captives in the territory controlled by the so-called "Donetsk People's Republic." 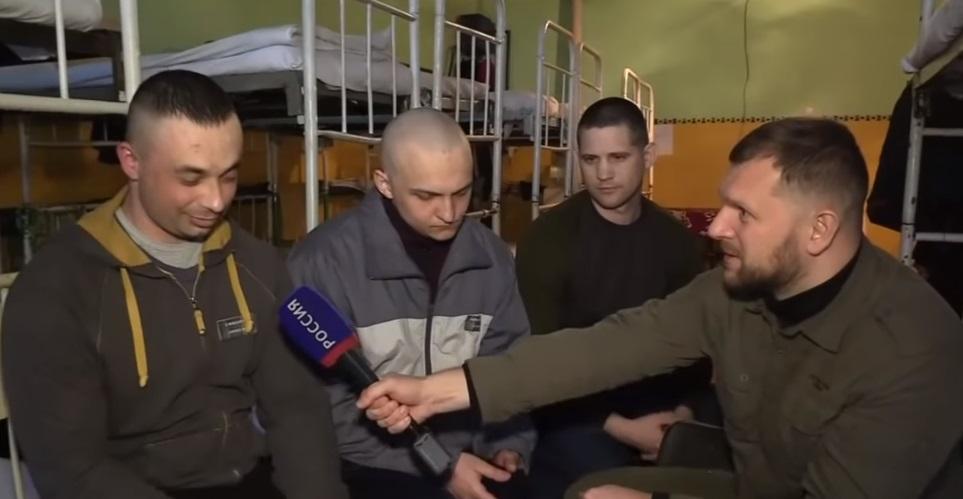 TV channel Russia-1 has broadcast a story about three captive Ukrainians held in a penal colony in the Russia-occupied city of Donetsk.

It showed a man introducing himself as a Ukrainian military intelligence officer, his name was not disclosed. He was allegedly captured outside the town of Debaltseve, the Ukrainian news outlet Novosti Donbasa reported.

The peak of the battle of Debaltseve was in January-February 2015.

The TV channel also showed Bohdan Pantiushenko, the commander of a tank, which was knocked out near Donetsk. The Ukrainian has been held captive since January 2015. The name of the third man and his story were not aired.

The channel says there are several dozen such prisoners in the territory controlled by the so-called "Donetsk People's Republic." They are allegedly included in lists for a new prisoner exchange and will be transferred to Ukraine.

As UNIAN reported earlier, Ukrainian President Volodymyr Zelensky and his Russian counterpart Vladimir Putin at the Normandy Four summit in Paris on December 9 reportedly agreed on the swap of prisoners of war before December 31, 2019.