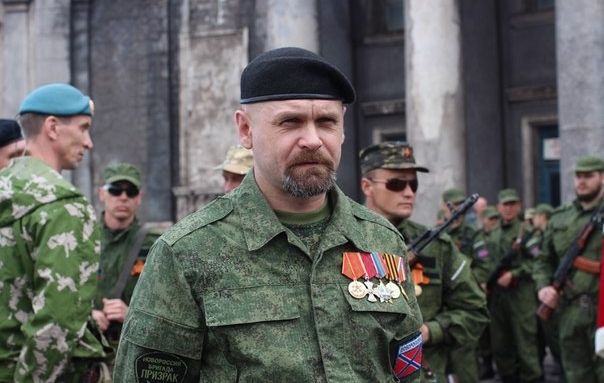 Leader of a terrorist organization from the so-called Luhansk People's Republic ('LPR'), Commander of the "Prizrak" (Ghost) Battalion Alexey Mozgovoy and his six bodyguards have been killed by special forces of Russia's Main Intelligence Directorate, also known as GRU, according to Heraschenko.

"I've had a call from friends from Luhansk region, who have been monitoring radio communication. They claim that two hours ago a GRU special forces group eliminated well known leader of an 'LPR' terrorist organization Alexey Mozgovoy and his six bodyguards near the village of Mykhailivske outside Alchevsk," Anton Heraschenko wrote on Facebook on Saturday evening with reference to his own sources.

"The reason was the same as with another known leader of a Luhansk terrorist gang, nom de guerre "Batman" in January – his unwillingness to obey orders from Moscow," Heraschenko wrote.

According to him, Mozgovoy was known for his contacts with founder and leader of the Liberal Democratic Party of Russia (LDPR), Vice Chairman of Russia's State Duma Vladimir Zhirinovsky, who once even sponsored the Ghost Battalion.

Mozgovoy's gang first became known on May 13, 2014, when members of his gang fired on an Antratsyt private entrepreneur's car attempting to flee the militant-occupied town. "The entrepreneur and his wife were killed, and their 10-year-old daughter was wounded," Heraschenko wrote.