The annual funding of the "LPR" pseudo-state formations by Russia exceeds RUB 30 billion, which accounts for more than two-thirds of the pseudo-republic's overall budget needs, the SBU said. 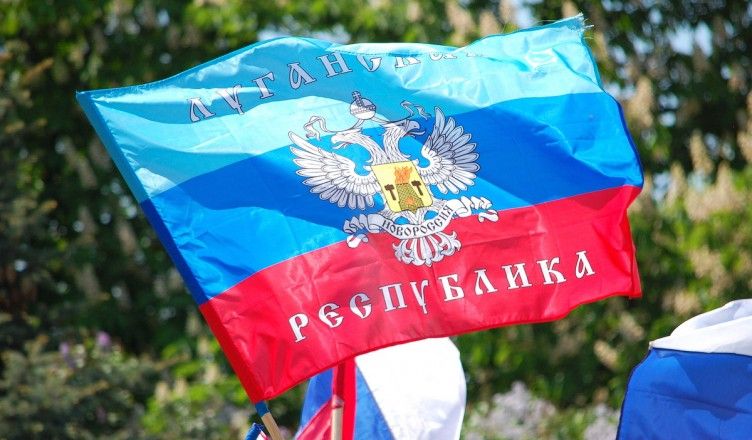 The SBU Security Service of Ukraine has revealed and registered the scheme of covert financing by Russia's government and non-governmental structures of the fake "authorities" in the temporarily occupied territory of the so-called "Luhansk People's Republic" ("LPR") in eastern Ukraine.

SBU operatives and detectives found out that Russia had established special financial institutions in its territory and in the temporarily occupied areas of Donbas to avoid sanctions against the banking sector.

Since the introduction of the ruble zone in the occupied territory of Luhansk region in 2014, Russia has created a mechanism for financing the apparatus of the occupying authorities with the help of said financial institutions.

The SBU has for a long time recorded the fact that Russia involved a banking institution of unrecognized South Ossetia to conceal direct financial support for fake establishments in the occupied territories of Luhansk region. The money was transferred to the so-called "state bank of the LPR". Then the funds were distributed by the self-styled "LPR finance ministry" to support the occupying authorities and "security forces" of pseudo-state formation.

According to the SBU, the annual funding of the "LPR" pseudo-state formations by Russia exceeds RUB 30 billion, which accounts for more than two-thirds of the pseudo-republic's overall budget needs.

After the formation of the evidence base within criminal proceedings initiated under Part 3 of Article 110-2 of the Criminal Code of Ukraine, the SBU reported that the so-called "LPR finance minister" and "director of LPR state bank" play a key role in financing the pseudo-republic. They have been holding their positions in the occupying administration since 2014. The "officials" are in constant contacts with the curators from Russia's governmental structures and systematically travel to Moscow to coordinate the allocation of "funds" for the functioning of the self-proclaimed "LPR."

The pseudo-officials were charged in absentia with committing a crime under Part 3 of Article 110-2 of the Criminal Code of Ukraine (funding actions committed to forcibly change or overthrow the constitutional system or seize state power, change the borders of the territory or state border of Ukraine). They have been put on the wanted list. In the near future, indictments against the offenders will be sent to court to start the procedure of conviction in absentia.