Press Secretary of the Ukrainian Presidential Administration for the Anti-Terrorist Operation (ATO) issues Andriy Lysenko said that two Ukrainian soldiers were taken captive during a fight outside Maryinka on Sunday. 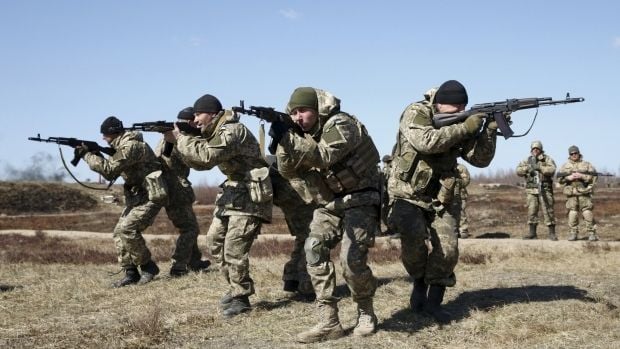 "Measures are being taken to locate them and release," he said at a briefing in Kyiv on Monday.

In the past day, three Ukrainian soldiers were killed and four were wounded, he added.

Deputy Chief of the Ukrainian Interior Ministry's regional branch in Donetsk region Illia Kiva earlier said that two Ukrainian soldiers were killed and one was taken captive in an attack by a militant sabotage and reconnaissance group outside the town of Maryinka on Sunday.