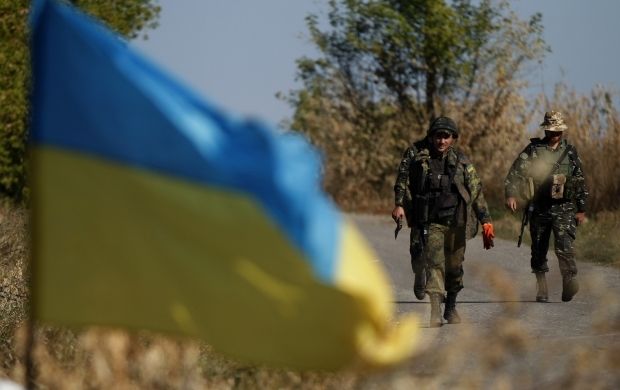 "On June 3, terrorists continued shelling the positions of Ukrainian troops and towns with villages in the east of Ukraine," the ATO press center reported on Facebook.

"120mm-caliber mortars and self-propelled artillery systems were used to shell the village of Shyrokyne in the Mariupol sector. Yet, it was quiet there after 0700 in the morning and till the very evening. Fighting broke out near the village of Luhanske in the Artemivsk sector, it lasted for almost two hours. An enemy tank and mortars were firing on the villages of Novhorodske and Shyroka Balka. It was quiet only in the Luhansk sector," the report said.

The enemy was attempting to escalate the Donbas conflict in the Donetsk sector, the source said.

"All the night, they were firing on the villages of Pisky, Opytne, Butivka coalmine, the village of Vodiane, the town of Krasnohorivka, the villages of Nevelske, Pervomaiske, Berezove, Hranitne, Novohryhorivka, and the town of Avdiyivka, from large-caliber artillery systems and mortars, which are banned [under the Minsk agreements]. After six o'clock in the morning, the criminals actively started using multiple rocket launchers to shell Pisky, Maryinka, Berezove, Nevelske, Pervomaiske, and Vodiane. After the attack, Maryinka is still on fire. Russian-backed mercenaries tried to attack our positions several times, but every time their attacks were decently repelled. The situation near the towns of Maryinka and Krasnohorivka has already stabilized, the Ukrainian troops are holding their positions, and Maryinka is flying Ukraine's national flag now," the ATO press center said.