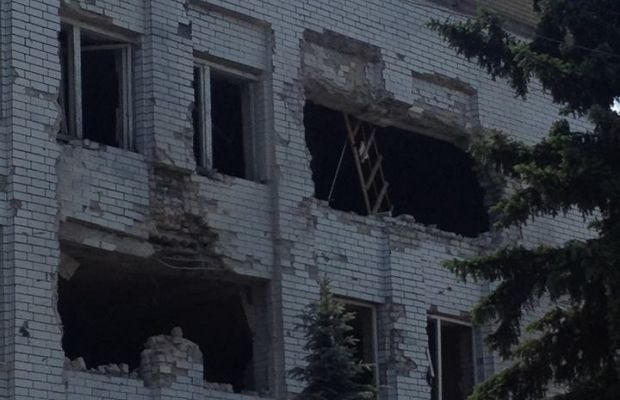 The town of Maryinka after shelling / Vyacheslav Abroskin / facebook.com

"Militants' missiles have killed two men, born in 1975 and 1963, and one woman, born in 1980, in the towns of Maryinka and Krasnohorivka. Five people have been wounded there," the ministry said in a report.

In addition, it has become known later on today about one more civil victim during enemy firing on the village of Luhanske in Artemivsk district. It is a male, born in 1939, whose shoulder was wounded by shrapnel from a shell that burst in his garden.

"Criminal proceedings under Part 3 of Article 258 (a terrorist attack that has resulted in the death of an individual) of the Criminal Code of Ukraine were opened on these counts. It envisages the punishment of up to 15 years in prison or life imprisonment," the report said.