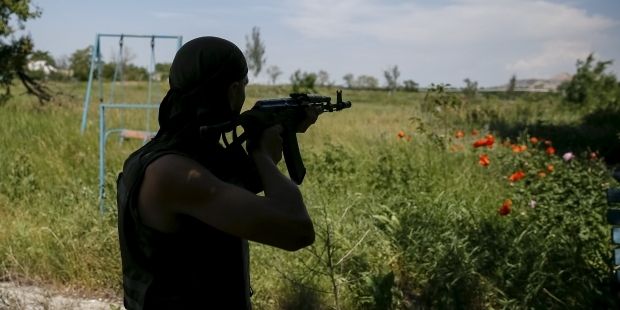 "In the past 24 hours, one Ukrainian soldier was killed and twenty-one were wounded in hostilities," representative of President Petro Poroshenko's Administration for ATO issues, Colonel Oleksandr Motuzianyk said in Kyiv on Sunday, an UNIAN correspondent reported.

According to him, villages and towns located along the line of contact in Donbas continue suffering from militant fire. Among them are the villages of Opytne and Vodiane shelled by militants with the use of artillery systems, tanks and infantry combat vehicles.

On June 11-12, illegal armed groups were deliberately shelling the town of Avdiyivka, where two civilians were wounded and municipal infrastructure was destroyed as a result of the attack, he said.