Ukrainian troops in the Anti-Terrorist Operation (ATO) zone in eastern Ukraine repelled five attacks by Russian-backed militants' sabotage and reconnaissance groups on Friday; the enemy had to retreat every time after suffering casualties, according to the ATO press center. 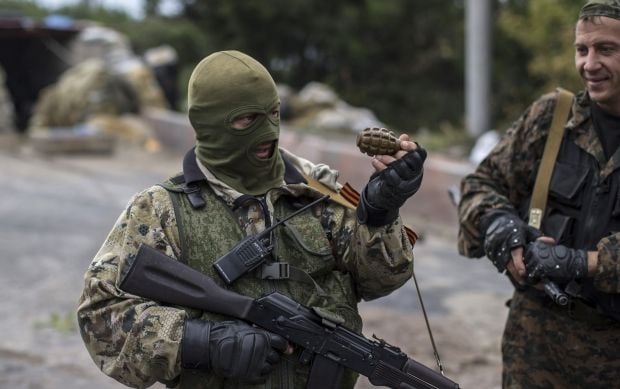 On June 19, illegal armed groups in the Donbas conflict zone violated the ceasefire 72 times, using 152mm-caliber howitzers and Grad multiple rocket launchers. What is more, Russian-backed militants' sabotage and reconnaissance groups attacked the Ukrainian troops five times, but the enemy had to retreat every time after suffering casualties, the ATO press center wrote on its Facebook page on Saturday.

"The combined Russian-separatist forces were most active near the city of Donetsk and in Luhansk region, where the Ukrainian troops were shelled 38 and 16 times, respectively," the ATO press center reported.

The ATO forces were shelled about 10 times overnight alone, the report added.

"In particular, 152mm-caliber howitzers and 120mm-claiber mortars were used several times to fire on the villages of Zaitseve, Kurdiumivka, Kirove, Mayorsk, and Leninske in the Artemivsk sector. Also, militants treacherously fired on the town of Maryinka, the villages of Pisky [near the destroyed Donetsk airport] and Opytne, the town of Karsnohorivka near the city of Donetsk and a number of other populated localities along the entire line of contact," the ATO press center said.

After midnight, the ATO forces exposed and neutralized a Russian-terrorist subversive reconnaissance unit near the village of Lebedynske close to the Ukrainian-controlled city of Mariupol located at the Sea or Azov.