OSCE monitors report about 362 explosions near Donetsk airport on Monday

The OSCE Special Monitoring Mission (SMM) to Ukraine observed 362 explosions near the ruined Donetsk airport in eastern Ukraine on June 22, according to an OSCE SMM update. 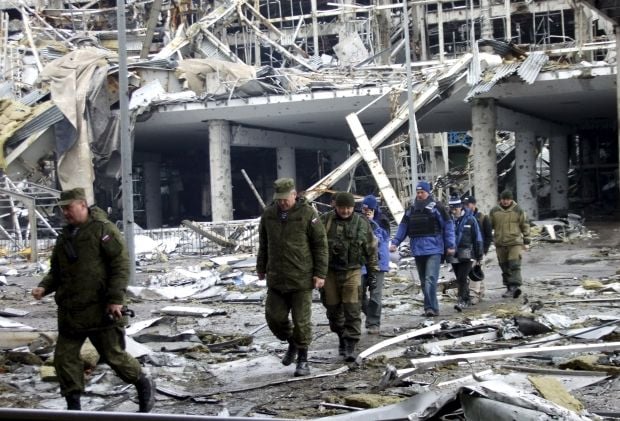 "Between 09:00 and 17:00hrs, at the Joint Centre for Control and Co-ordination (JCCC) observation point at Donetsk central railway station ("Donetsk People's Republic" ("DPR")-controlled, 8km north-west of Donetsk city centre), the SMM observed a total of 362 explosions consistent with artillery and mortar fire as well as bursts consistent with automatic grenade launcher, heavy machine gun and small-arms and light-weapons fire," the update reads.

The SMM said it assessed that the explosions had occurred at locations to the north, north-west, north-east and west and at distances ranging between 2 and 10km from its position.

The SMM also observed 26 airbursts of anti-aircraft weapon at 2-3km west and north-west of its position.

OSCE monitors said that the situation at and around Donetsk airport was tense.