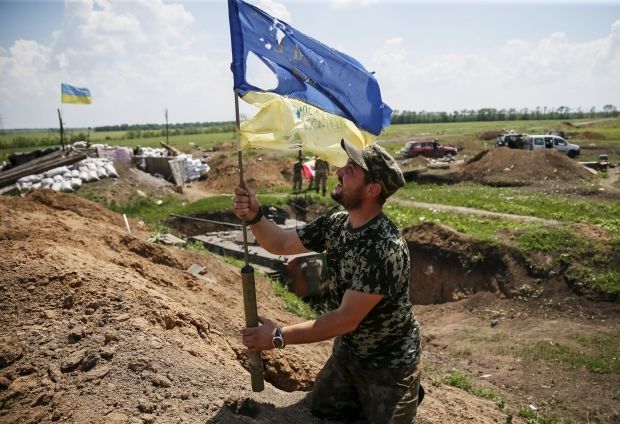 "The tensest situation was near the city of Donetsk. Invaders, based in the occupied city and its suburbs, fired on the Ukrainian troops in the towns of Maryinka and Avdiyivka, the villages of Pisky and Opytne, and Butivka coalmine more than 20 times. They used different weapons, from small arms and grenade launchers to the guns of infantry combat vehicles and 120mm-caliber mortars, which are banned by the Minsk agreements," the ATO press center said.

According to the press center, in the first half of the day, the militants used small arms and grenade launchers to fire on a roadblock of the ATO forces amid the presence of a Red Cross convoy, which was returning from Donetsk after the delivery of humanitarian aid to civilians in territories temporarily occupied by terrorists. No casualties among the Red Cross staff have been reported.

In addition, areas near the villages of Troyitske and Mayorske in the Artemivsk sector were under enemy sniper fire.

Areas near the Ukrainian-controlled city of Mariupol were also under enemy fire. In particular, they shelled the villages of Shyrokyne and Lebedynske with the use of banned 122mm-caliber howitzers. Infrastructure facilities in the village of Pischevyk were damaged by firing from portable Grad multiple rocket launchers, the ATO press center said.