During a meeting with Ukrainian Defense Minister Stepan Poltorak at the NATO Defense Ministerial in Brussels on June 25, U.S. Secretary of Defense Ash Carter said that an additional 100 Humvees would be delivered to Ukraine in the middle of July. 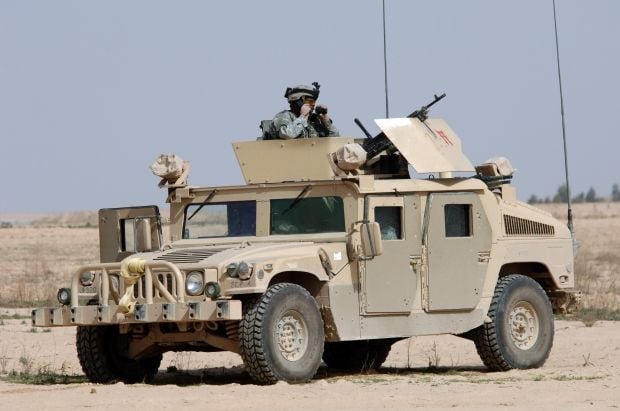 100 more U.S. Humvees will be delivered to Ukraine / Photo from Wikimedia

"The leaders reviewed ongoing U.S. security assistance to Ukraine's armed forces and border guard service, including the mid-July delivery of an additional 100 Humvees and the ongoing training of Ukrainian national guard forces in Yavoriv," the U.S. Department of Defense said in a release.

This was two leaders' first meeting, the release said. They discussed Russia's ongoing aggression in eastern Ukraine, and Carter commended the general for Ukraine's efforts toward implementing the Minsk agreements despite Russia's destabilizing actions.

Carter emphasized that the United States, together with its allies, "remains committed to supporting Ukraine in its effort to define its own course as a sovereign, democratic nation," the release said.

The defense secretary also reaffirmed the United States' commitment to continuing defense cooperation with Ukraine, including through annual bilateral and multilateral exercises and training.

As UNIAN reported earlier, the United States in March 2015 announced commitments to provide an additional aid of $75 million to Ukraine.