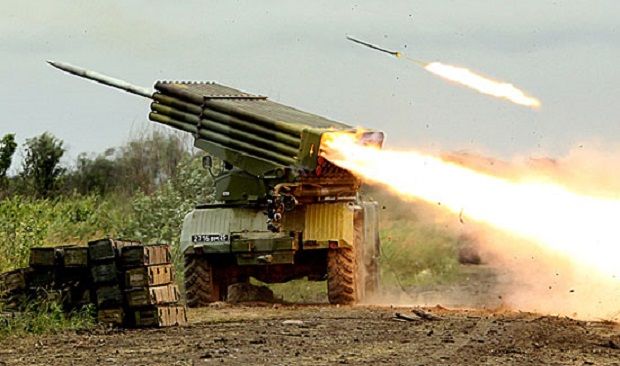 In particular, starting 19:30, they was a shelling of the ATO positions, that lasted for two hours, near the village of Krymske in Luhansk region. The militants also fired 120mm and 82mm mortar rounds, [attacked from] infantry fighting vehicles, and [fired] small arms, the press center said.

"The armed provocations by militants took place near the villages of Opytne, Pisky, Vodiane, Verkhniotoretske, and the town of Avdiyivka in Donetsk region, as well as in the village of Stanytsia Luhanska in Luhansk region," the report reads.

On July 9, after midnight, pro-Russian gangs used 120mm mortars in attacking the Ukrainian army positions near the villages of Berezove and Novotroitske in Donetsk region.

From 03:50 to 04:00, the militants were firing rockets with Grad multiple rocket launchers toward the village of Hranitne in the direction of Mariupol.

By 06:00, during the shelling of the ATO positions, the militants also used small arms, mortars and grenade launchers near the villages of Stanytsia Luhanska and Krymske in Luhansk region, as well as near Luhanske, Opytne, and Kirove in Donetsk region.

"The situation in the Donbas conflict zone is still under control of the Ukrainian military," the ATO press-center wrote.