Situation in Donbas tense, but stable on July 9 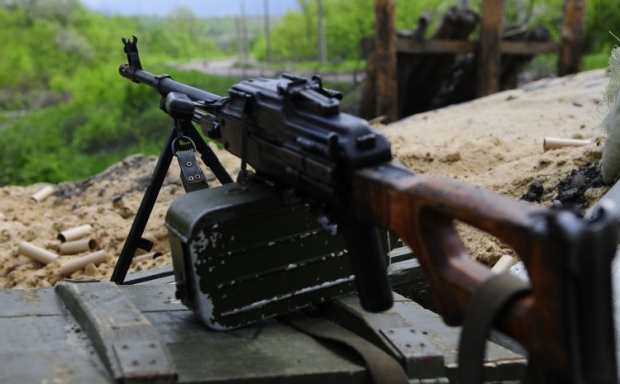 "As the day began, combined Russian-separatist forces simultaneously started shelling ATO troops near the villages of Berezove and Novotroyitske in Donetsk region, using 120mm-caliber mortars. From 03:50 to 04:00 Kyiv time the Russian invaders were firing BM-21 Grad multiple launch rocket systems on the village of Hranitne in the Mariupol sector. At 06:30 Kyiv time they launched an attack on the ATO forces near the village of Olhynka in Donetsk region, using 120mm-caliber mortars, the ATO press center wrote on Facebook.

At 07:10 Kyiv time, Ukrainian troops repelled an attack by an enemy sabotage and reconnaissance group near the village of Stanytsia Luhanska, their small arms fire forced the enemy to retreat.

The Ukrainian military's positions near the village of Novohryhorivka in Donetsk region became the epicenter of hostilities on July 9, the press center said. Since 10:00 Kyiv time during the day, they had been firing on the Ukrainian positions from 152mm-caliber artillery systems and tanks, 120mm-caliber mortars were used twice.

"The militants were also using small arms for harassing fire on the positions of the Ukrainian military near the villages of Stanytsia Luhanska, Krymske, Luhaske, Opytne, Pisky, Kirove, and the town of Avdiyivka. At about 14:00 Kyiv time, the town of Maryinka was under sniper fire," the press center said.

At the same time, the ATO staff stresses that the situation remains under control of the Ukrainian military.

The press center also warned about more frequent cases of the dissemination of false information by unofficial sources to discredit the commanders and the ATO forces, therefore it asked mass media to thoroughly verify such reports.