Situation in ATO escalates upon arrival of another Russian "convoy" 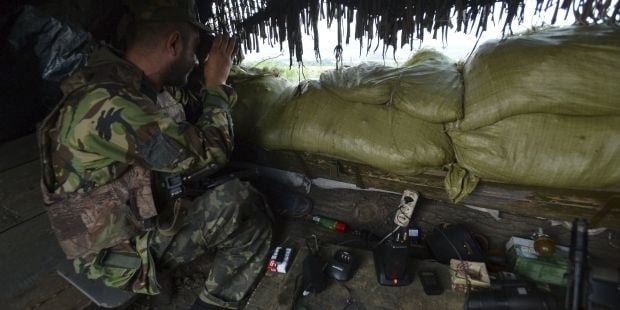 Upon the arrival of another so-called "Russian humanitarian convoy" in Donetsk and Luhansk regions, shelling of the ATO forces significantly intensified.

"The militants repeatedly fired 120mm mortar rounds and tank shells on ATO forces near the villages of Vodiane, Pisky, Krymske, Opytne, Berezove and the town of Avdiyivka. They fired 122mm artillery twice on the positions of the Ukrainian military near the village of Taramchuk in Donetsk region. In addition, from 19:45 to 20:00, Russian occupiers fired 152mm artillery on the village of Hranitne in the direction of Mariupol," the headquarters said.

"At 22:10, a military clash between the Ukrainian military and an enemy’s sabotage reconnaissance group took place near the village of Krymske. Ukrainian soldiers encountered the militants and prevented them from breaking through the demarcation line," the report says.

On July 10, at midnight, the militants began firing 120mm mortars and small arms on the ATO forces near the village of Pisky.

At 02:00, near the village of Luhanske, the Ukrainian armed forces repelled the attack of a sabotage reconnaissance group of the militants.

"Despite the Russian support of illegal armed groups in the occupied territory of Ukraine, the situation in the ATO zone is under control of the Ukrainian military," the press center said.