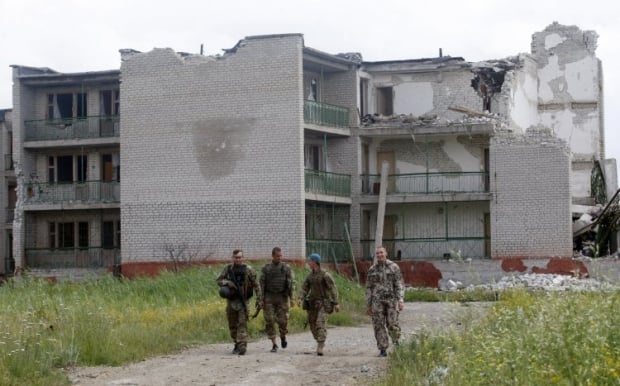 The General Staff dismisses the statement of the Deputy Chief of the General Staff of the Main Command Center, Major General Oleksandr Rozmaznin on a possibility of Shyrokyne being patrolled by the Ukrainian police jointly with militants of the Donetsk People's Republic (DPR) terrorist organization

“We officially declare wrong and misleading the interpretation of this message by some domestic and foreign media," said the press service.

General Staff also stresses that Ukraine supports the initiative on setting up a permanent observation station of the OSCE SMM in Shyrokyne.

Read alsoAll sides in Donbas conflict must ensure safety of SMM - OSCE chiefAccording to the peace initiatives of the Ukrainian President, creation of a 30km demilitarized zone east of Mariupol, and the signing of all necessary documents shall be completed before August 3, 2015.

The press service notes that Ukraine’s Armed Forces hold their defenses in Mariupol and prevent any attempt to disrupt the regime of silence, as well as any new offensive by the Russian proxies.