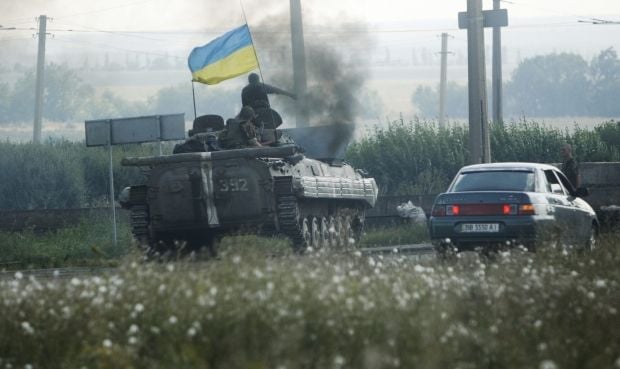 "The enemy has significantly reduced the number of attacks on the positions of Ukrainian troops with weapons of the over 100mm caliber, and is mainly using small arms," the report says.

"At the same time, the Russian proxies are most active in the area of the militant-controlled city of Donetsk. From 18:00 to midnight, the enemy was firing rocket-propelled grenades, small arms and heavy machine guns on ATO forces in the town of Maryinka, and the villages of Opytne and Pisky. And at about 19:00 Kyiv time, the mercenaries fired 82mm mortars twice on the Ukrainian troops in the town of Krasnohorivka. In addition, at about 21:00 Kyiv time and almost to midnight, the occupiers were firing infantry fighting vehicles on our fortified positions in Opytne," the press center said.

In Luhansk region, at about 20:00 Kyiv time, the illegal armed groups started firing rocket-propelled grenades and anti-aircraft weaponry on the ATO forces in the town of Schastia.

In the area of the Ukrainian-controlled port city of Mariupol, at 18:05 Kyiv time, the Kremlin-backed mercenaries started firing 82mm mortars on the village of Starohnativka.

"After midnight on August 20, the militants further intensified their attacks near Donetsk," the press center said.