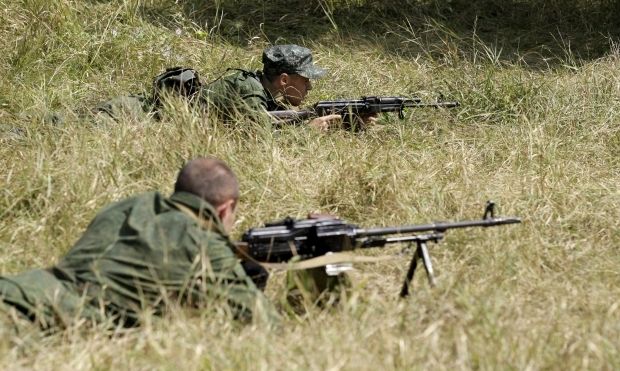 "From 18:00 to midnight on August 30, the situation in the Donbas conflict zone was stable, with no tendency to aggravation. The illegal armed groups did not use weapons of more than 100mm caliber. A sporadic shelling of ATO forces was chaotic and provocative," the press center said.

At the end of the day, the militants started firing rocket-propelled grenades on ATO forces in the village of Triokhizbenka, and the towns of Avdiyivka and Maryinka. They also fired small arms twice on the Ukrainian army positions in the village of Opytne.

"From midnight to 06:00 on August 30, the Russian proxies were firing small arms twice on ATO forces in Opytne, and heavy machine guns twice on the village of Pisky in the proximity of the Donetsk airport," the report says.