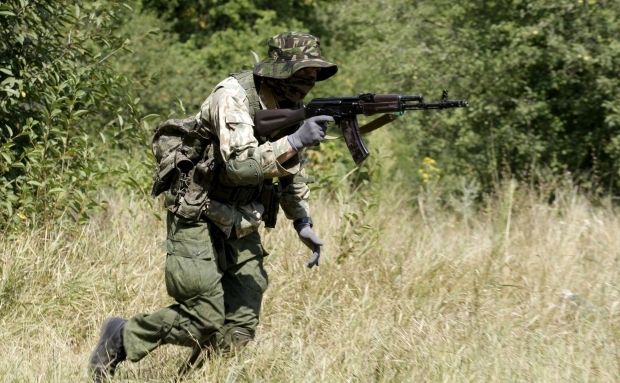 "Last night was not very quiet in the Donbas conflict zone. Despite the ceasefire almost along the entire demarcation line, the Russian mercenaries continued shelling of ATO forces not far from the militant-controlled city of Donetsk," the report says.

Evening of September 11, the militants were most active near the village of Opytne and south of the town of Avdiyivka.

"At about 18:00 Kyiv time and 20:00, the illegal armed groups started firing grenade launchers, heavy machine guns and small arms on a fortified position of ATO forces near Avdiyivka," the report reads.

In addition, at about 18:00 Kyiv time, the militants started firing rocket-propelled grenades and small arms on the positions of the Ukrainian armed forces in Opytne.

"From midnight to 06:00 on September 12, the Kremlin-backed mercenaries were not using weapons along the demarcation line," the press center said.