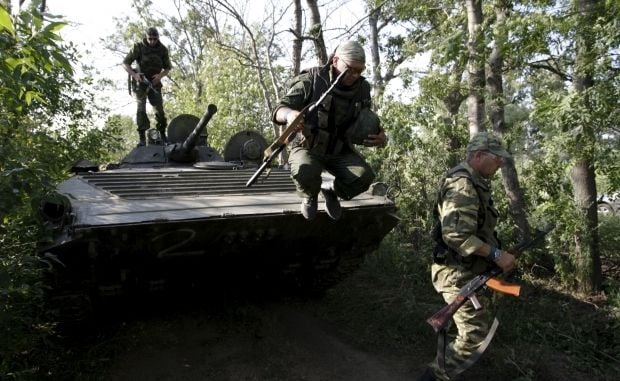 "The situation was not stable in the last day. From midnight to 19:00 Kyiv time on September 16, there were no cases of shelling along the line of contact. However, the enemy violated the ceasefire three times at the end of the day," the report says.

At about 20:00 and 23:00 Kyiv time, the militants started firing small arms at ATO forces north of the village of Sanzharivka in the direction of the town of Artemivsk.

At 23:35 Kyiv time, the Russian proxies opened fire from small arms on a fortified position of the Ukrainian armed forces near the village of Kriakivka in Luhansk region.

There were no casualties among Ukrainian troops as a result of these attacks.

"From midnight to 06:00 on September 17, the Kremlin-backed mercenaries were not using weapons along the demarcation line," the press center said.

As reported earlier, at a meeting of the Tripartite Liaison Group in Minsk on August 26, the parties agreed on a sustainable ceasefire in the first week of September.

Since that day, the terrorists have significantly reduced the number of provocation attacks.