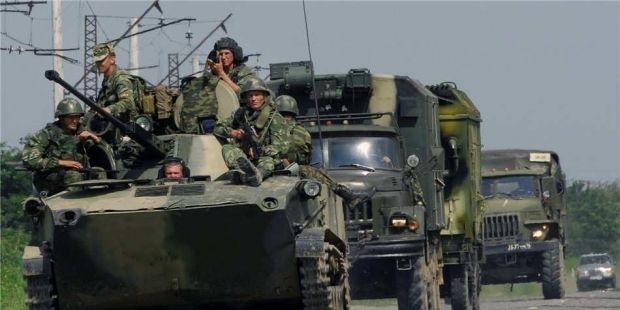 "From midnight to 18:00 on September 22, the illegal armed groups were adhering to the ceasefire, but in the evening they started firing on the positions of ATO forces in the direction of Artemivsk," the report says.

At 22:30 Kyiv time, the militants started firing a grenade launcher not far from the village of Sokilnyky in the area of Luhansk.

"It should be separately mentioned the provocative actions of the pro-Russian gangs. At about 18:00 Kyiv time, the mercenaries started firing small arms in the direction of the village of Zaitseve near the demarcation line. At 18:40 Kyiv time, they started firing an automatic grenade launcher near the village of Luhanske. A total of 30 grenades fired by militants exploded 300 meters from the Ukrainian positions," the report reads.

"Despite the enemy's cynical effort to involve ATO forces into active armed confrontation, the Ukrainian fighters were strictly adhering to the Minsk agreements and didn't fire in response," the report says.

"From midnight to 06:00 on September 23, the Kremlin-backed mercenaries were not using weapons along the demarcation line," the press center said.