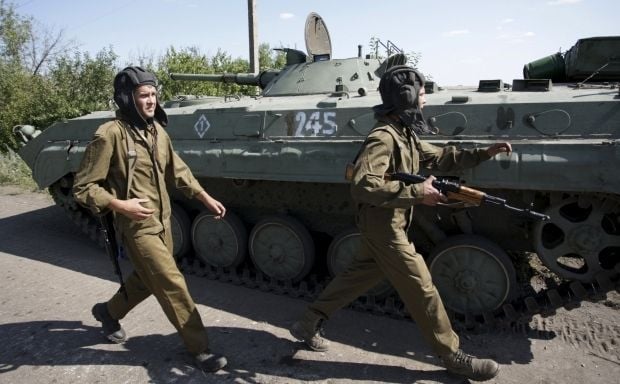 At 12:25 Kyiv time on Wednesday, the Russian proxies fired anti-tank missiles twice on a fortified position of the Ukrainian troops near the village of Troitske, where engineering work was under way, the press center wrote on Facebook on Thursday.

As a result, a missile hit an excavator and four Ukrainian soldiers were injured.

Immediately after the shelling, the Ukrainian side informed the OSCE representatives about the incident. A patrol of international observers arrived at the scene and documented the incident.

"Yesterday, Ukrainian team leader at the Joint Centre for Control and Coordination (JCCC) of the Ceasefire and Stabilization of Parties' Demarcation Line, Major-General Borys Kremenetskiy had a telephone conversation with Deputy Chief Monitor of the OSCE Special Monitoring Mission to Ukraine Alexander Hug, who confirmed that the international observers had obtained materials of the shelling of Ukrainian soldiers near Troitske," the headquarters said.

"This shelling was the only case of violation of the Minsk agreements by the enemy since September 30, 2015," the press center said.