A total of 938 female soldiers have already taken part in the Anti-Terrorist Operation (ATO) in Donbas, Head of the Ukrainian Defense Ministry's communications and press department Oksana Havryliuk said at a briefing in Kyiv on Friday. 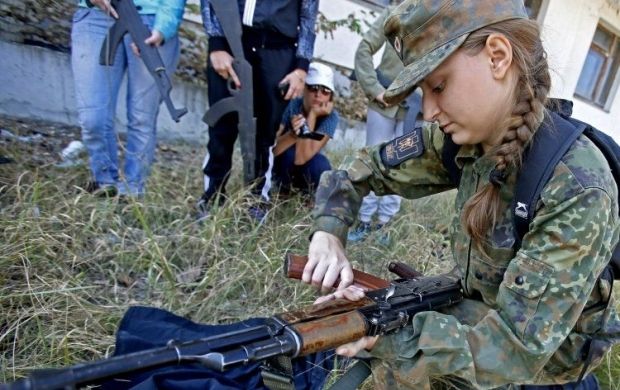 "A total of 938 servicewomen have already taken part in the ATO in Donbas. As of today, about 14,500 servicewomen and 30,500 armed forces personnel are serving in the Ukrainian army. Nearly 2,000 of them are officers, while 35 servicewomen occupy senior positions at the Defense Ministry, the General Staff and branches of the Armed Forces of Ukraine," Havryliuk said.