ATO Headquarters tells how much Russian mercenaries are paid in Syria 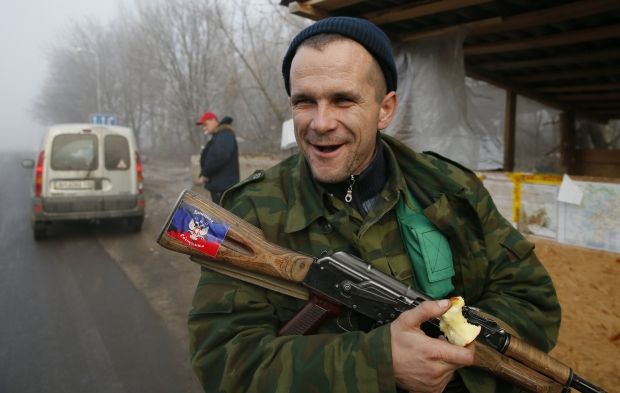 "It is reported that young recruits from the local population are joining training centers of the 'first army corps.' As part of a large-scale propaganda aimed at mercenaries in Syria, currently the average monthly payment offered in the territories of "DPR" and "LPR" is RUB 200,000 , as compared to RUB 20,000 offered for service in the "DPR" and "LPR" armed forces," Sokolov said.

According to Sokolov, private military companies from Russia have been setting up their recruiting centers in the "DPR"- and "LPR"-controlled territories.

Read alsoRussian soldier: Without Russian army Donbas militants would not last a monthAs UNIAN reported earlier, according to the Ukrainian Intelligence, a campaign to recruit "volunteer units" for the war in Syria is underway in Donbas.