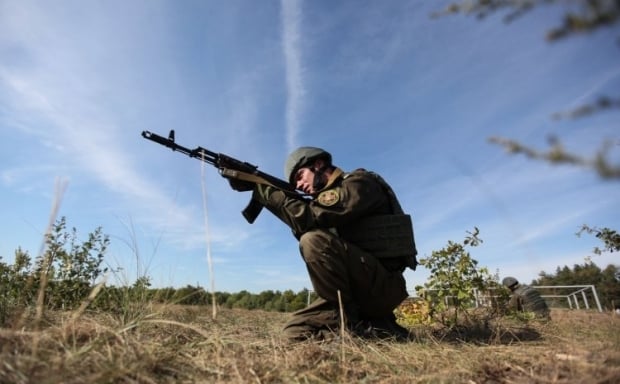 In addition, at about 02:00 Kyiv time, the terrorists started firing mortars on Krasnohorivka, the press center said.

Read alsoRussian proxies shell Ukrainian positions in Donbas 11 times on Thursday"From 18:25 to 19:15, there was a firefight in the village of Zaitseve in the direction of Artemivsk. The mercenaries were also firing small arms on our positions in the town of Maiorsk.

As UNIAN reported earlier, Secretary of the National Security and Defense Council of Ukraine Oleksandr Turchynov said that the Russian troops were doing everything to disrupt the peace process in the east of Ukraine.