Russian-backed militants attacked Ukrainian troops in eastern Ukraine 25 times on Thursday, most of the attacks were concentrated in the Donetsk sector, according to the press service of the Anti-Terrorist Operation (ATO). 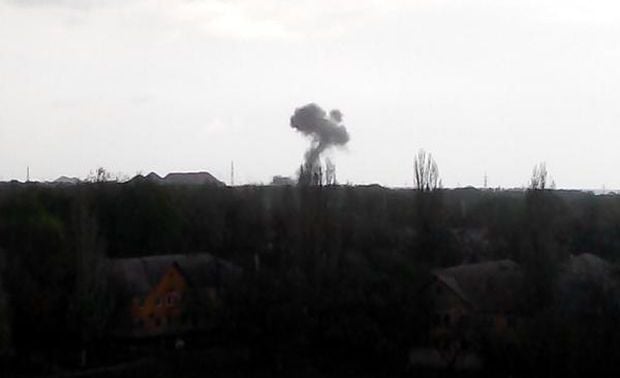 "The combined Russian-separatist forces have not stopped their armed provocations in the ATO zone today. During the day they opened fire 25 times," the ATO press service wrote on Thursday.

Most of the attacks were recorded around the militant-occupied city of Donetsk.

"Militants used small arms there to shell our positions in the village of Pisky [near the ruined Donetsk airport] several times. They used grenade launchers and large-caliber guns to attack the villages of Opytne and Novhorodske. Areas near Novhorodske were also under sniper fire," the press services said.

Villages near the Ukrainian-held city of Mariupol were also attacked by militants who used large-caliber guns and grenade launchers to shell the villages of Starohnativka and Hranitne.

Ukrainian troops in the villages of Mayorsk and Zaitseve, which belong to the Artemivsk sector, were attacked by militants who used bazookas. A sniper was targeting Ukrainian soldiers stationed near the village of Luhanske.

The situation in Luhansk region was not so tense – one attack with the use of a large-caliber gun near the village of Nyzhnoteple was recorded on Thursday.