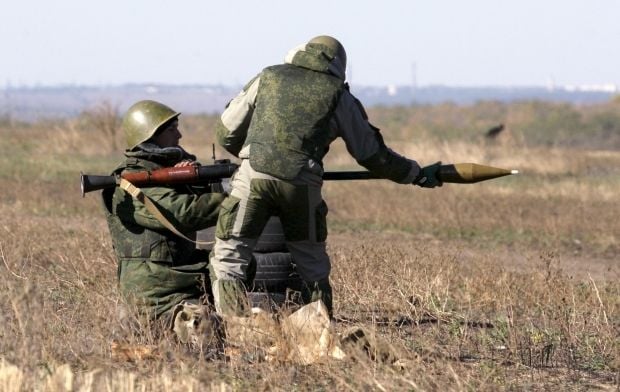 From 18:00 on December 25, the Russian-terrorist gangs violated the ceasefire about 25 times in the Donbas conflict zone.

The occupiers continue to fire small arms, rocket-propelled grenades and heavy machine guns on our positions near the villages of Novhorodske, Zaitseve, Mayorsk, Luhanske, Opytne and Pisky, the press center said.

The evening of December 25, the militants fired 120mm mortars twice on our soldiers in Pisky. The invaders also fired 82mm mortars on the Ukrainian positions near Zaitseve, as well as anti-tank systems near Luhanske. In addition, they fired twice on the village of Vodiane not far from the port city of Mariupol.

From midnight, the pro-Russian illegal armed groups have already violated the ceasefire more than five times.