The combined Russian-separatist forces attacked Ukrainian army positions in eastern Ukraine more than 60 times in the past 24 hours, the press center of the Anti-Terrorist Operation (ATO) wrote on Facebook early Friday. 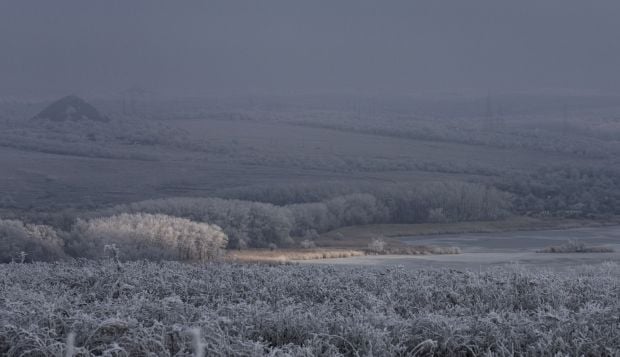 "From 18:00 local time on January 14 to midnight on January 15, short and mostly chaotic shelling continued near the Donetsk airport and to the north of the town of Horlivka. In particular, using small arms, and rocket-propelled grenades from time to time, the militants were firing in the direction of the villages of Pisky, Opytne, Novhorodske and south of the town of Avdiyivka. Large-caliber machine guns were used in the direction of the villages of Pervomaiske, Troyitske, which is not far from the demarcation line between Horlivka and Donetsk, as well as near the village of Luhanske. In addition, the occupiers fired an anti-tank missile system on one of our fortified positions near Luhanske," the report says.

The ATO headquarters said that in the evening the situation had worsened near the town of Maryinka. The militants fired small arms and rocket-propelled grenade launchers several times, and an enemy sniper was working there.

"After midnight, the enemy has already attacked ATO forces more than five times. Shots from small arms and rocket-propelled grenade launchers were heard near Pisky, Opytne, Luhanske, mostly near Maryinka. The invaders did not use heavy weapons during the night. The situation remained calm in Luhansk region and the Mariupol sector in the last day," the press center said.