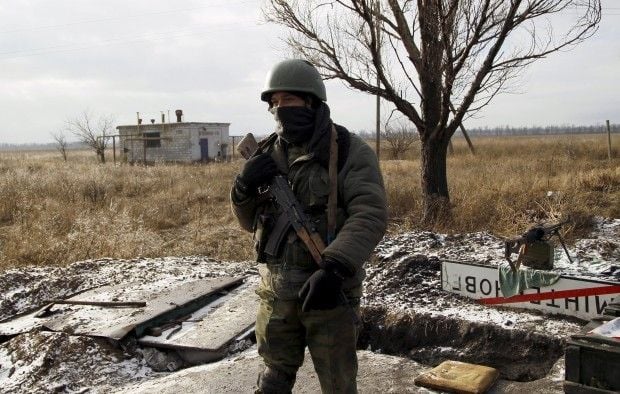 In particular, the militants fired on the Ukrainian fortified positions near the villages of Opytne, Pisky, Luhanske, Novhorodske, Zaitseve, and the town of Maryinka.

The situation was tense near the ruined Donetsk airport. "The enemy fired small arms, heavy machine guns and grenade launchers of various systems on the Ukrainian positions. At about 23:00 local time, a pro-Russian mercenaries' tank attacked our fortified position near Pisky," the press center said.

In addition, areas around the temporarily occupied town of Horlivka were also a hot spot. The militants fired different kinds of weapons on ATO positions near Novhorodske and Zaitseve.

In total, the enemy attacked Ukrainian army positions in eastern Ukraine 44 times in the last day.