A Russian jet sped closely by a U.S. Air Force spy plane "in an unsafe and unprofessional manner" over the Black Sea on Monday, a Defense Department spokeswoman told Fox News. 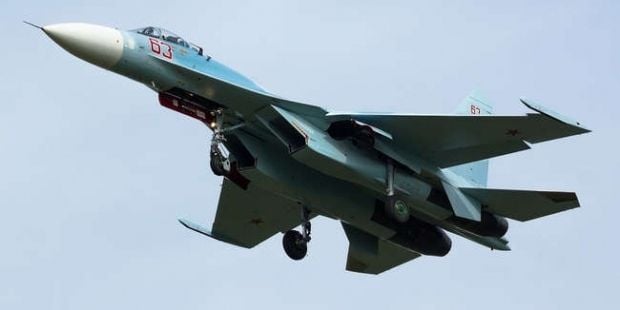 She said the Russian aircraft was an Su-27 fighter jet.

The Pentagon held a video conference Thursday with Russian military officials to discuss flight safety over Syria "to avoid accidents and unintended confrontation between coalition and Russian forces whenever the two sides operate in close proximity," according to Pentagon Press Secretary Peter Cook. There was no mention of the "unprofessional" intercept in his statement.

Russia claimed its airstrikes targeted Islamic terrorists, but human rights groups said some of the victims were Syrian anti-government rebels with no links to terror.