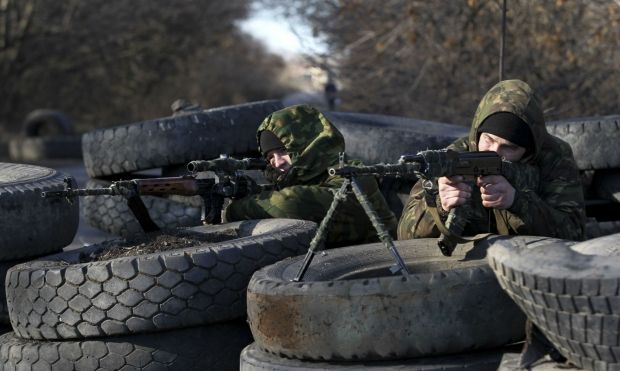 The tensest situation was in the Donetsk sector where the enemy fired mortars, rocket-propelled grenades, heavy machine guns and small arms on Ukrainian troops 69 times.

The militants also fired 82mm and 120mm mortars on the Ukrainian fortified positions near the town of Avdiyivka, the villages of Pisky, Opytne, Zaitseve, Mayorsk and Pervomaiske, as well as Butivka coal mine and Zenit [the latter is the location of a former Ukrainian air defense missile battalion, which is a few kilometers from the village of Spartak in Donetsk region].

The enemy also fired an anti-aircraft gun on the Ukrainian positions in Opytne, and infantry fighting vehicles shelled the town of Krasnohorivka.

Ukrainian troops near the villages of Talakivka, Chermalyk and Vodiane in the Mariupol sector were under mortar fire.

From midnight, the Russian proxies have reduced the intensity of their fire. The militants occasionally used rocket-propelled grenades and small arms near Opytne.