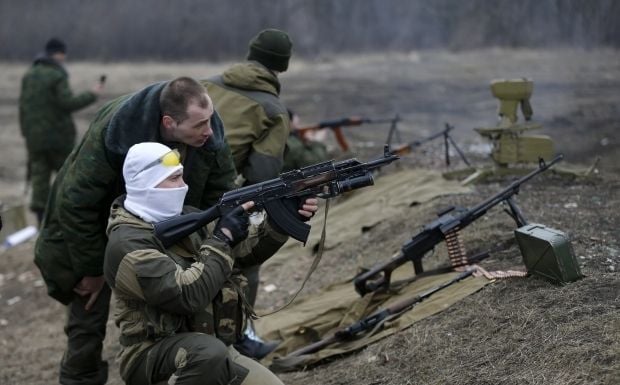 In the Mariupol sector, the Russian mercenaries fired mortars on the Ukrainian fortified positions near the town of Maryinka, the villages of Hnutove and Chermalyk.

In addition, the occupiers fired rocket-propelled grenades, heavy machine guns and small arms on ATO forces near the towns of Maryinka and Avdiyivka, as well as the villages of Zaitseve, Mayorsk, Novoselivka, Opytne, Pisky and Novhorodske. They also fired an anti-aircraft gun near Krasnohorivka.

An enemy sniper opened fire on Ukrainian troops near Maryinka, Opytne, and Butivka coal mine.

In some cases, Ukrainian soldiers had to fire back, using rocket-propelled grenades and small arms.

It became known yesterday that the militants had withdrawn from the village of Shyrokyne, near the Ukrainian-controlled strategic port city of Mariupol.